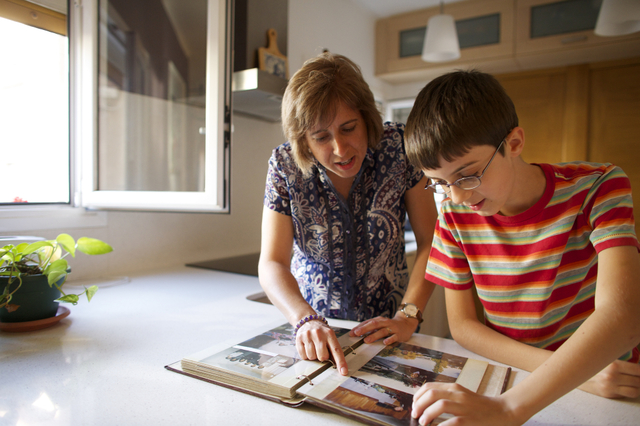 The value of preserving and sharing ancestral stories was recently verified by researchers who were trying to understand why some people, including children, are better able than others to cope with serious, even disabling stress and trauma. One study found that “the more children knew about their family’s history, the stronger their sense of control over their lives, [and] the higher their self-esteem.” This factor was indeed “the best single predictor of children’s emotional health and happiness.” Those with “the most self-confidence” had what one researcher called “a strong ‘intergenerational self.’ They know they belong to something bigger than themselves" (Bruce Feiler, “The Stories That Bind Us,” The New York Times, March 15, 2013).

A related study found that even among those affected by the tragedy of September 11, 2001, the people who “knew more about their families proved to be more resilient, meaning they could moderate the effects of stress.” And the most helpful family stories are those that speak candidly and fairly about weathering life’s natural “ups and downs,” rather than exaggerating positive or negative attitudes or events in an unrealistic way. Thus, concludes writer Bruce Feiler, “If you want a happier family, create, refine and retell the story of your family’s positive moments and your ability to bounce back from the difficult ones. That act alone may increase the odds that your family will thrive for many generations to come” (Bruce Feiler, “The Stories That Bind Us,” The New York Times, March 15, 2013).

Here is one of our own family stories about the turning of hearts between the fathers and the children. Our oldest son, Jon, was born shortly after my father’s unexpected death at age sixty. We gave him my dad’s name—Orval—as his middle name, but the name didn’t mean much to him in his early years. When he took up debate in high school and learned that his grandfather had been a debater for BYU in the 1920s, he became more interested. Because my dad had kept a priceless personal journal during much of his adult life, I was able to show Jon his entry about debating in front of the BYU student body against a team from an eastern university. I left that journal volume with him, hoping he would want to read more of it.

Jon was good to his core, and he had a mind of his own. Occasionally he would ask a question that told me he was reading at least some of the journal, but I had learned by then that he thrived best without pressure. So we just waited and listened.

Several weeks later, Jon came to our room to talk late one night. At one point he asked me to tell him more about my dad, whom he had never known. But by reading the journal, Jon had been coming to know his grandfather and how he approached his problems. When I wondered why he had asked, he said that in the midst of some of his typical-teenager questions, he’d felt his grandfather’s influence close by. So I shared a few personal stories about my father, and Jon took it all in.

Some months later, our family traveled to St. George during a time when Jon was trying to decide about serving a mission. One Sunday afternoon, with no explanation, he drove alone to the then-isolated little canyon where his grandfather had loved to ride his horse and think about his life and life in general—the place, in fact, where he had passed away. Jon had read of this canyon toward the end of the journal and had seen it from a distance, but he’d not been in it. So he went there to walk around and sort out some of his own questions about his faith, his mission, and his future. A few months later, at his missionary farewell, Jon mentioned the sacredness of that day and described the sense of direction he carried home from his grandfather’s canyon.

Years later, Jon was invited to assist the people at Tuacahn when they built their outdoor theatre and later their charter high school in that same canyon. Because the place was still such a tangible link to his grandfather, he accepted their invitation despite living some distance away, and that association continues still. Now with grown children of his own, Jon tries to reflect many of the values his grandfather worked to live by.

Having watched this kind of relationship develop between my father and my son, all because of an honest personal journal, I have no doubt that Elijah planted in Jon’s heart the same promises the Lord had planted in my father’s heart—and in my own. There really is a bond and a sense of belonging across the generations on both sides of the veil. This bond has helped shape my own identity and values. It makes our ties with the eternal world more real, sharpening our spiritual focus and lifting our confidence in the future—here and hereafter.

This family story is but one example of how I know for myself what Nephi knew: “Having been born of goodly parents, therefore I was taught somewhat in all the learning of my father” (1 Nephi 1:1). I have also learned over the years, however, that not everyone has had the blessing of being “born of goodly parents.” Parents tend to pass along their own life patterns to their children, which is one reason why growing up in the home of “goodly parents” can be a far more valuable and enduring blessing than some of us who had such parents can appreciate—until we see the alternatives. 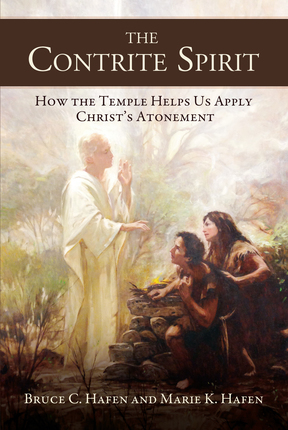 In The Contrite Spirit, Elder and Sister Hafen use the lens of the temple to share their insights about receiving the Atonement of Jesus Christ, shedding further light on the central doctrine of the gospel while deepening our understanding of temple ordinances. As we further explore the Atonement based on the covenants of the temple, we will better understand how the Atonement applies to us.