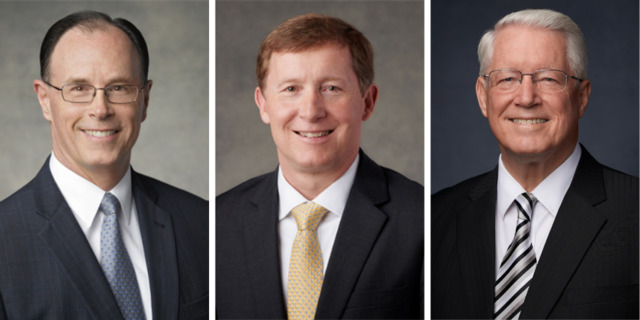 Summary of leadership changes announced at the October 2020 general conference

byNewsroom of The Church of Jesus Christ of Latter-day Saints | Oct. 03, 2020

During the Saturday afternoon session of the October 2020 general conference, President Henry B. Eyring of the First Presidency of The Church of Jesus Christ of Latter-day Saints announced the calls of a new General Authority Seventy, a new member of the Presiding Bishopric and four new Area Seventies. He also noted the releases of one member of the Presiding Bishopric, three General Authority Seventies and 47 Area Seventies.

New Counselor in the Presiding Bishopric

Bishop Dean M. Davies, a counselor in the Presiding Bishopric since April 2012, was released and called as a General Authority Seventy. Bishop W. Christopher Waddell was sustained to replace Bishop Davies as the First Counselor in the Presiding Bishopric. Elder L. Todd Budge was sustained as Second Counselor (the position formerly held by Bishop Waddell). Elder Budge, a native of California, has been serving as a General Authority Seventy since April 2019.

“Bishop Davies has been dealing with a significant health challenge for more than a year, though his current prognosis is positive,” said Church spokesman Eric Hawkins. “We are grateful that he will be able to continue to serve in this new role as a General Authority Seventy.”

General Authority Seventies serve in the Presidency of the Seventy, in Area Presidencies, and in other headquarters administrative functions. Under the direction of the Quorum of the Twelve Apostles, they travel frequently to meet with and teach Church leaders, missionaries and members of the Church in local congregations. They have authority to serve anywhere in the world, while the authority of Area Seventies is generally limited to the area where they serve.

Dean M. Davies, 69. Elder Davies, a native of Salt Lake City, has served as a counselor in the Presiding Bishopric in 2012. Prior to that, he was employed by the Church as the managing director of the Special Projects Department with responsibility for special purpose real estate, temple design and temple construction. He and his wife, Darla James, have five children and 17 grandchildren.

New Member of the Presidency of the Seventy

Elder Brent H. Nielson, 65, replaces Elder L. Whitney Clayton as a member of the Presidency of the Seventy. Elder Nielson has been a General Authority Seventy since April 2009. He is a native of Burley, Idaho. He and Marcia Ann Bradford are the parents of six children.