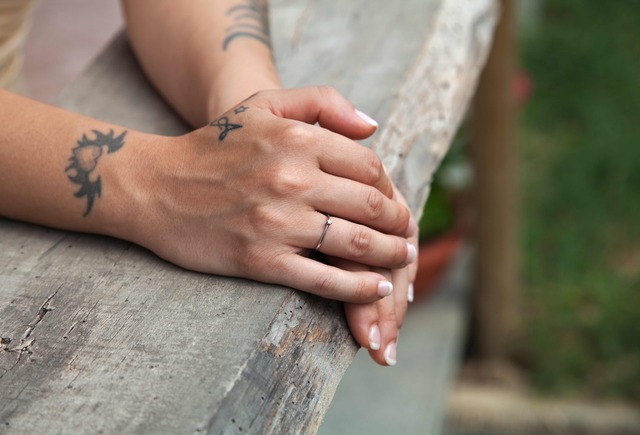 After receiving multiple messages over the past few weeks asking for my thoughts about tattoos, I thought I would take a look at what Church leaders have said about them throughout history.

While discussing tattoos or body piercings, modern-day prophets and apostles have often referenced the scripture found in 1 Corinthians 6:19–20, “What? know ye not that your body is the temple of the Holy Ghost which is in you, which ye have of God, and ye are not your own? For ye are bought with a price: therefore glorify God in your body, and in your spirit, which are God’s.”

As recently as February 2019, when President Russell M. Nelson spoke to Latter-day Saints in Arizona, “he repeated the Church's position on avoiding tattoos, piercings, immodesty and pornography, calling such things ‘grafitti on your personal temple,’” Deseret News reported.

President Gordon B. Hinckley, who served as president of the Church from 1995–2008, seems to have been the most vocal on the subject. In the October 2000 general conference, President Hinckley referenced tattoos in multiple talks.

In his talk, “Great Shall Be The Peace of Your Children,” given during the general priesthood session, he said, “Now comes the craze of tattooing one’s body. I cannot understand why any young man—or young woman, for that matter—would wish to undergo the painful process of disfiguring the skin with various multicolored representations of people, animals, and various symbols. With tattoos, the process is permanent, unless there is another painful and costly undertaking to remove it. Fathers, caution your sons against having their bodies tattooed. They may resist your talk now, but the time will come when they will thank you. A tattoo is graffiti on the temple of the body.”

And in the General Relief Society Meeting, he stated, “The practice is growing among young people of tattooing and piercing their bodies. The time will come when they will regret it, but it will then be too late. . . . It is sad and regrettable that some young men and women have their bodies tattooed. What do they hope to gain by this painful process? Is there ‘anything virtuous, lovely, or of good report or praiseworthy’ (A of F 1:13) in having unseemly so-called art impregnated into the skin to be carried throughout life, all the way down to old age and death? They must be counseled to shun it. They must be warned to avoid it. The time will come that they will regret it but will have no escape from the constant reminder of their foolishness except through another costly and painful procedure.”

In his April 2004 general conference talk given during the General Young Women’s Meeting, President Hinckley said, “Respect your bodies. The Lord has described them as temples. So many these days disfigure their bodies with tattoos. How shortsighted. These markings last for life. Once in place, they cannot be removed except through a difficult and costly process. I cannot understand why any girl would subject herself to such a thing. I plead with you to avoid disfigurement of this kind.”

It was also under President Hinckley’s leadership that the 2001 update of the For The Strength of Youth pamphlet directly addressed tattoos: “Do not disfigure yourself with tattoos or body piercings.” The line remained in the pamphlet in its most recent update, which was made in 2011.

President Boyd K. Packer and Elder David A. Bednar both discouraged tattoos, also comparing them to graffiti on one’s body. President Packer said, “You would not paint a temple with dark pictures or symbols or graffiti or even initials. Do not do so with your body.” Elder Bednar elaborated on this idea: “Imagine the reaction you or I might have if we saw defacing graffiti on the exterior of one of our Church’s temples. The very thought of finding such inappropriate markings on a temple is offensive to all of us. Brothers and sisters, we must be particularly careful as the fads and fashions of the world entice us to mark or to pierce or to otherwise deface or disfigure our personal temples.”

It is important to note that as Elder Bruce R. McConkie said, “Persons who are tattooed are not, however, denied the ordinances and blessings of the temple” (Mormon Doctrine, p. 775).

There has been some discussion regarding whether tattoos are acceptable when they have specific cultural ties. For example, in Polynesian culture, questions have been raised regarding tattoos on performers at the Church-owned Polynesian Cultural Center.  LDS Living’s Jannalee Sandau asked the center’s president, P. Alfred Grace, about this topic in 2016. Although he is not a General Authority or General Officer of the Church, we found his reply insightful:

“The cultural tattoos are actually something that we discourage our employees to use, because while there’s a good cause for it, a good reason, we also feel that there is a higher law, which is to recognize our bodies as temples. And so we’re comfortable with that. For some cultures, it’s still a very significant part of their identification from a rank and status point. For example, in Samoa, the full body tattoo from the chest down to the top of the thigh is still a significant recognition of chiefly rank, so we’re sensitive to that. And while we don’t encourage employees to go away and get it and then return to the PCC, if they come with those kind of markings, we accept it as part of their culture.”

It is my hope that the same can be said for the Church at large. While we discourage members from going out and getting tattoos, if people come to us with tattoos, I hope that we will accept them and welcome them into the fellowship of faith just as they are.