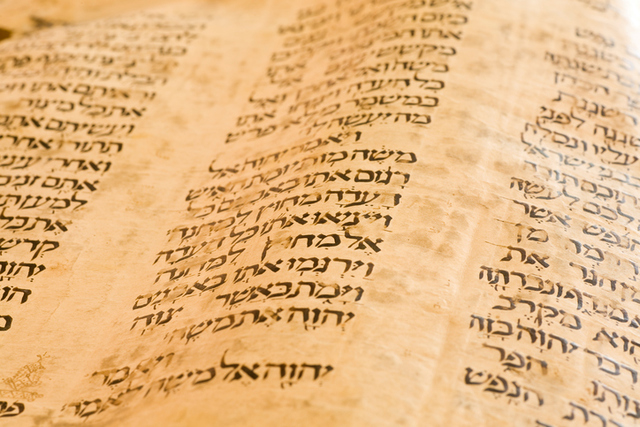 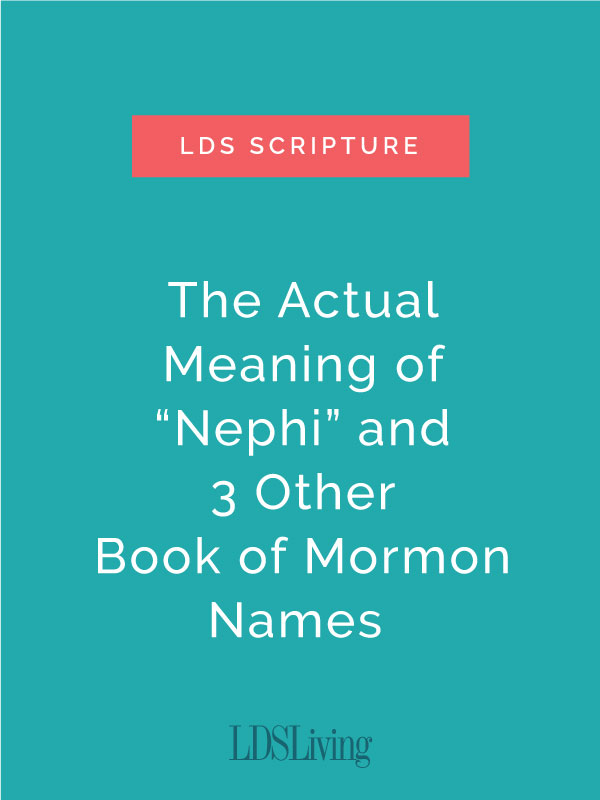 Readers of the Book of Mormon encounter hundreds of unique names not found elsewhere. Critics dismiss these names as gibberish or the creative invention of Joseph Smith. However, those willing to look deeper find that not only do many of the names fit within patterns of ancient Semitic languages but they can also have great personal meaning for each of us.

In ancient Israelite story-telling the meaning of personal names was used to enhance the memorability of a story. Consider the name of Noah in Genesis 6-9. His name in Hebrew, nh, means “rest,” which represents a major theme in Noah’s story: The world rested from wickedness after the flood. The dove sought rest as it searched for land. The ark finally rested on a mountain top. Noah’s name written backwards, hn¸ means “grace,” pointing to a sub-theme of the Noah story, highlighted in Genesis 6:8 where we read that “Noah [nh] found grace [hn] in the sight of God.” By learning the meanings within Noah’s name, ancient listeners could remember that they, like Noah, could find rest through the grace of God.

This same ancient Israelite practice of using names to express a key theme in a story also applies to names in the Book of Mormon. Here are four examples of Book of Mormon names whose meanings may surprise you and inspire you.

Nephi is an ancient Egyptian name with multiple meanings. One meaning is “sea captain” (see John Gee, "Four Suggestions on the Origin of the Name Nephi," in Pressing Forward with the Book of Mormon, F.A.R.M.S., 1999, pp. 1–3). We know this is a fitting name for Nephi, who built a ship and navigated the seas with the Lord’s help.

However, Nephi can also mean “good, fair, delightful, or beautiful” (see Matthew L. Bowen, “Nephi’s Good Inclusion,” Interpreter: A Journal of Mormon Scripture 17 (2016): 181-195; Matthew L. Bowen, “O Ye Fair Ones”—Revisited,” Interpreter: A Journal of Mormon Scripture 20 (2016): 315-344). Nephi’s choices made him good and fair. Even when he declared that he was a wretched man, his trust in the Lord was delightful and beautiful.

Helaman named one of his sons after the original Nephi because he was “good.” Helaman told his son, “I would that ye should do that which is good” (Helaman 5:7). In the same way, Nephi’s name can remind us that we should always try to lead others toward God and seek after all that is good, fair, delightful, and beautiful (see Article of Faith 13).

For years, critics of the Book of Mormon claimed that Alma was misused as a male name. After all, the Latin word alma is a girl’s name and only associated with feminine virtues. For example, we use the phrase alma mater to represent our schools. The words, in Latin, mean “the soul’s mother.”

However, the original language of the Book of Mormon was not Latin but an adaptation of Semitic languages like Egyptian and Hebrew (see Mormon 9:32–33). In Hebrew, alma actually means “young man.” This helps us remember that both Alma and his son Alma were young men when they were converted and chose to devote their lives to the Lord. In fact, Mormon may have been using some literary devices like alliteration and assonance in the original text—literary devices that were lost in the English translation. “But there was one among them whose name was Alma, he also being a descendant of Nephi. And he was a young man [alma], and he believed [amen] the words [emerim] which Abinadi had spoken [amar]” (Mosiah 17:2). The similarity of words would have solidified the meaning of Alma’s name in the minds of ancient readers and connected it with other words about faith and gospel teaching.

Knowing the meaning of Alma’s name reminds us to seek the Lord early, while in our youth (see Children’s Songbook “Seek the Lord Early”). Like Alma the Elder and Alma the Younger, we must make the choice to devote our entire lives to God’s service.

Abish is one of the few named women in the Book of Mormon. She also may be one of the most significantly named women in all of scripture. Mormon introduces Abish in Alma 19:16 in the following way, “And it came to pass that they did call on the name of the Lord, in their might, even until they had all fallen to the earth, save it were one of the Lamanitish women, whose name was Abish, she having been converted unto the Lord for many years, on account of a remarkable vision of her father.”

This verse may mean that Abish’s earthly father had a vision and she was converted when he communicated it to her. It may also mean that she saw her earthly father in a vision that converted her to the Lord. Beyond these, there may be yet another interpretation.

Abish is a name combined from two Hebrew words: ab which means father and ish which means man. Thus, Abish means “father is a man.” What if Abish had the vision of her Heavenly Father and discovered, like Joseph Smith, that He is in the form of a man? Her name would beautifully preserve her testimony of her revelatory experience that “Father [in Heaven] is a man.” This stunning insight would indicate that Abish was the first woman recorded in scripture after Mother Eve to have seen God the Father.

Whatever the interpretation, Abish’s knowledge of God motivated her to action and saved her people. She knew God was not just some higher power or nebulous force in the universe. She knew He was her Heavenly Father and that knowledge made a difference in her life. It can make a similar difference in ours as we read and remember her story.

Joseph Smith was once asked the meaning of the word Mormon and responded that it means “more good.” Although Joseph did not give the actual Egyptian meaning of the word at that time, he certainly taught everyone that following Mormon would ultimately lead them to Jesus Christ and the “more good” found within the fullness of His restored gospel (see Matthew L. Bowen, “‘Most Desirable Above All Things’: Onomastic Play on Mary and Mormon in the Book of Mormon,” Interpreter: A Journal of Mormon Scripture 13 (2015): 27–61).

The meaning of Mormon’s name is a combination of two ancient Egyptian words: mr, which means “Mary” or “love,” and mn, which means “enduring” and “everlasting.” The two words together means “love endures forever.” Remembering the meaning of Mormon’s name can help us remember the prophet who wrote, compiled, and preserved the Book of Mormon and testified that the love of God through Jesus Christ endures forever. It can help us remember that Mormon gave one of the greatest discourses on the pure love of Christ ever recorded: “But charity is the pure love of Christ, and it endureth forever; and whoso is found possessed of it at the last day, it shall be well with him” (Moroni 7:47).

Even though Mormon lived in a corrupt civilization full of degradation and violence, he taught of love and charity for all. We also live in perilous times and find ourselves in challenging circumstances. We should always strive to be “more good” as Joseph Smith suggested, but even when we slip and fall we can have confidence that God’s love is perfect and it endures forever. In that love we can find the grace that will enable us to keep trying and never lose hope.

Did the meaning of these four names surprise you? More important, did they inspire you? Learn more about Book of Mormon names at the dictionary of Book of Mormon names (technically called an Onomasticon) and check out the writings of Dr. Matt Bowen from BYU-Hawaii on Interpreter.) 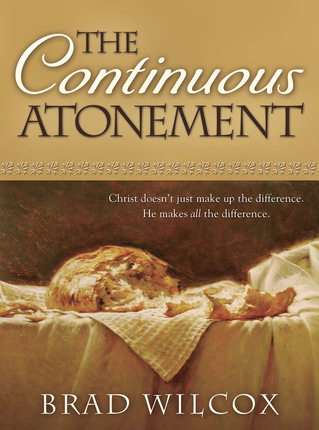 Brad Wilcox is an associate professor in religious education at BYU and the author of The Continuous Atonement and the soon-to-be-released book, Changed Through His Grace.