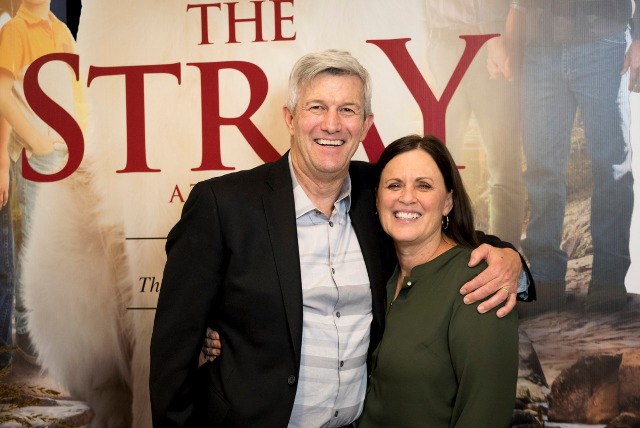 Whether or not you’ve heard of Mitch Davis, you’ve probably heard of his film—the only missionary film you’ll see with Disney’s logo, The Other Side of Heaven. What most people may not realize, however, is that there are many miracles and events that fueled the creation of that beloved retelling of Elder John H. Groberg’s mission experience. Miracles that the family hopes will inspire others through their new film, The Stray, now available on DVD at Deseret Book stores and on deseretbook.com.

There are a number of ways that God tries to get our attention and remind us of what is most important. For the Mitch Davis family, it was a dog named Pluto. A Disney employee working overtime and watching his family fall apart in his absence, Latter-day Saint Mitch Davis knew that his dreams of a happy family and creating a film about missionaries were not possible where they were in California. What he didn’t know is the major role that a stray dog would have in the journey back to faith and family.

A “Stray” Answer to a Prayer

“I was working at Disney 70–80 hours a week, seven days a week, and never saw my wife and kids,” Davis recalls. “I’d leave before they got up, and I’d come home after they were in bed. We were trying to make it all work as a family with mixed results. We were just hanging on.” He continues, “I don't think any of us actually set out to be bad parents or bad spouses. It's just that things get in the saddle and ride us, rather than us holding the reins. And before we know it, we don't know where we are going or why, and we have to make a conscious effort to take back the reins.”

That was when Davis had an idea, which he suggested to his wife, Michelle, that the family get a dog. “The last thing in the world she wanted to think about was another mouth to feed,” Davis laughs. Instead of agreeing directly, Michelle told her husband that she heard the best dogs were stray ones that you could get to know before adopting it. “So,” she said, “if a stray dog shows up, I’ll think about it. But no way am I going to get a dog on purpose.”

Little did Michelle know that a short time after, a stray dog would begin following their oldest son, Christian, home from school.

“The dog was skinny and kind of scraggly but friendly and calm,” Davis remembers. They kept the dog, despite the challenge of feeding one more mouth, and Christian named the mutt “Pluto.”

The Wonder Dog and an Untold Miracle

Far from creating more stress, however, Pluto was the antidote the Davis family needed to get back on track. Mitch explains, “What do dogs do? They slow you down, they teach you the things that matter most. They know when you’re sad, and they know when you’ve had a rough day. All they want from you is a scratch on the belly and food and water. . . . He came at the right time and went about doing good.” Whether it was wrestling with Mitch when he came home exhausted at 2:00 in the morning or waiting to comfort Christian after a day of being bullied at school, Pluto was the constant companion in the family’s life.

Pluto saved the family in California, helping them refocus on what was important. But he also saved them in other ways. Though the family has told many of these stories about their “wonder dog” in the new movie The Stray, one that they don’t share completely involved their daughter Kensie. The then-2-year-old girl wandered off one Saturday afternoon. Mitch recalls, “It was the end of the day, the sun was going down, and my wife thought she was in the front yard with me. I thought she was in the backyard with her.” Immediately they started panicking, and Michelle gathered the other children to say a prayer.

Just as the sun was beginning to go down, Mitch and his wife said another prayer and went to check the backyard one more time, looking over a fence that separated their house from a path. “There was a man walking along the path, and he looked at us, and he could see the panic on our faces and said, ‘Are you looking for a little girl?’ We said, ‘Yeah, we are.’ And he said, ‘She’s over there in the park with a dog, and she’s alright.’” Of course, they thanked the man profusely and Mitch jumped in the car to go get his daughter. He arrived to find his daughter in tears and Pluto protecting her. He continues, “I came screaming back with Kensie and Pluto. We had this big, happy reunion in the living room and everyone’s hugging everybody. Then at a moment, Michelle and I looked at each other and we both at the same time, had the same thought: That man on the trail. We both realized—and this sounds silly but it’s true—that he was wearing white. This man on the path, who asked us, ‘Are you looking for a little girl?’” Determined to prove that it was too unbelievable to think that an angel had helped them, Mitch drove around to find the guy, but never could. It’s not a story they tell often however because many people don’t believe it. “But they’re not crazy to our family,” Mitch affirms. “To our family, they’re real.”

A Bolt of Love and Inspiration

The Davis family story came to a climax in the Colorado hills one summer afternoon after the family had moved for a fresh start. Mitch, in an attempt to help his son make some friends over the summer, was on a hiking trip with his son Christian and two other 9- and 10-year-old boys when they ran into a small freak storm and set up camp early. Just as he was about to make the boys hot chocolate, the unthinkable happened: a bolt of lightning shot through the top of the tent and struck Mitch in the heart. Though he can’t remember the event himself, he shares, “The boys tell me that the bolt came through the tent, burned a hole in the roof of the tent and hit me right [in the heart]. I have my garment top that I was wearing—it has a big hole burned right over my heart. When it hit me, most of the lightning went through me into Pluto, who was seated right beside me, and then I flew back. When I flew back, the lightning that was still inside me flew out my arm and hit the kid next to me, and then it went from kid to kid to kid and burned them and burned holes in their sleeping bags.”

Though Mitch was in bad shape and nearly died, because of Pluto taking the brunt of the strike and a miraculous interaction with God, he was still alive. After he calmed the boys and told them what to do in case he did die during the night, he had some time to reflect. “I was overwhelmed at the idea that I’d been struck. That of all the places that lightning could have landed, it landed on my chest. Then I was overwhelmed at the idea that I’d had a really tangible spiritual experience where God had found me in my moment of need, intense need, and helped me, healed me. Had showered tender mercies upon me, those two things were just really mind-blowing,” he says. “I started to do a little bit of, you know, personal inventory. How are you doing, Mitch? How’s your testimony? How’s your behavior? How’s your relationship with your wife? How’s your relationship with your children? What is your life about? What do you want your life to be about? Assuming you get to have a life after this. Because I still thought any minute I could have a heart attack.”

In essence, Pluto saved Mitch more than once by giving him the opportunity to live another day and refocus on what his purpose and goals were—something the family still reverences today.

► Read this story in more detail in “How Being Hit by Lightning Led Mormon Mitch Davis to Create Disney’s The Other Side of Heaven.”

When Mitch Davis’s youngest son, Parker, approached his parents with the idea of writing a screenplay about Pluto and some of the miracles in their family’s history, Mitch and his wife were against it. But when Parker wrote the script anyway and presented it to his parents, they realized the story had potential to inspire others and bring their family closer together. And so The Stray was born.

The entire Davis family jumped on board with the project. As Mitch explains, “Our youngest son, Parker, wrote the original screenplay. Our middle son, Marshal, edited the film and colored it. Our oldest son, Christian, composed the score, and my wife was associate producer. So it is a movie about our family by our family for the world,” Then he adds laughingly, “The amazing thing is that we were all in the trenches together for a couple of years on this project and we all still like each other!” Mitch’s granddaughter even played his daughter in the film.

And while the Davis family hopes others will find inspiration from their story, they have gained a lot personally from reliving their experience. “My wife was an associate producer on the film, and it was really beautiful to sit by her on the set and watch these moments from our life be recreated by our wonderful actors,” Mitch says. “It was so interesting to both of us to see how beautiful those moments were, in spite of the fact life seemed really stressful at the time they were actually occurring. Hindsight is 20/20, and, 30 years later we can look back at that stressful time and realize how joyous it actually was.”

If those who hear the Davis family’s story learn anything, Mitch hopes they will recognize the power of spiritual experiences, big or small. “The ability to communicate with God is something that I sometimes take for granted, but that is a huge blessing,” Mitch says. “Not everyone has such dramatic experiences. Some people lose a job or get divorced,” he adds. For him, however, a good shake was exactly what he needed. “It’s easy in the busy-ness of life, of church service or career commitments, to forget why we are doing all of this stuff in the first place. . . . Sometimes we need to be struck by lightning to pay attention. It was like God took me by the lapels and shook me to say, ‘Listen to me for just one minute.’”

The family reminds us that answers to prayers can be simple or powerful. And Mitch knows that “sometimes it’s in the small moments that tender mercies come to us.”

Watch a clip from The Stray portraying Davis's busy life while working at Disney and the day a dog began to help the family come back together: 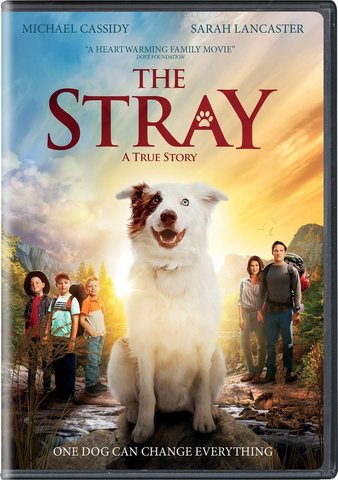 Watch the story of Pluto the dog come to life in this heartwarming new film, The Stray. Available at Deseret Book stores and on deseretbook.com.