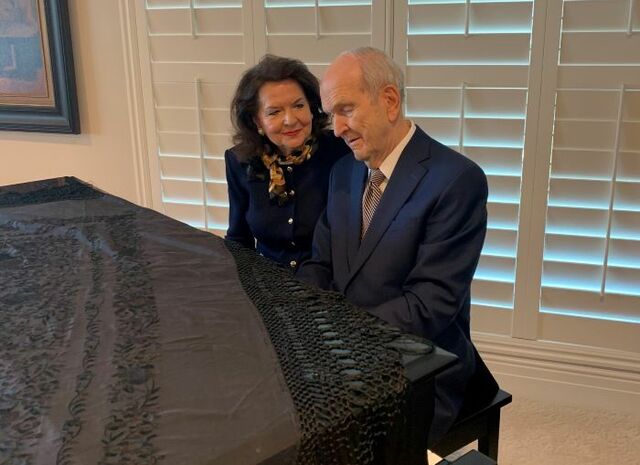 This week from the pulpit: President Nelson assures “The Lord is watching over each one of you”

The last few months are certainly not the first time Church members have faced uncertain futures. As President Henry B. Eyring shared on his Facebook page this week, the Savior was mindful of how uncertain His disciples would feel following His death. The Savior knew they would feel fear for the future, loneliness, and grief. And so, He provided this counsel:

“Peace I leave with you, my peace I give unto you: not as the world giveth, give I unto you. Let not your heart be troubled, neither let it be afraid” (John 14:27). 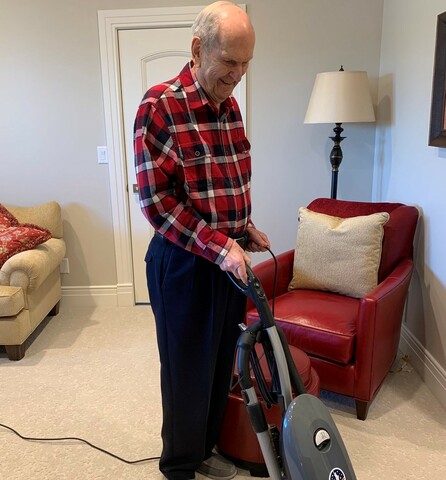 President Russell M. Nelson Nelson echoed that promise of receiving the Lord’s peace this week on Facebook. He shared how he and his wife, Sister Wendy Nelson, have been careful to keep their home clean in preparation for at-home sacrament meetings each week.

“Partaking of the sacrament is a sacred and sanctifying privilege,” said President Nelson. “Doing so makes it possible for us to draw more fully upon the Lord’s power. We wish for all who desire to partake of the sacrament to have that opportunity.”

President Nelson expressed concern for members who do not have a worthy priesthood bearer in their home. He encouraged those in that situation to contact their bishops and coordinate for priesthood leaders to come to their homes, promising that no one is forgotten by the Lord.

“I love you, my dear brothers and sisters, and I assure you that the Lord is watching over each of you.”

President Jones on Women and Priesthood—Do You Feel Diminished?

In continuation of the Church News series titled “Women of Covenant," Primary General President Sister Joy D. Jones said that she was once asked by a sincere Church member if she felt diminished because she doesn’t hold the priesthood.

President Jones responded by asking a question of her own: “Can you name any blessing that I lack because I don’t hold the priesthood?” 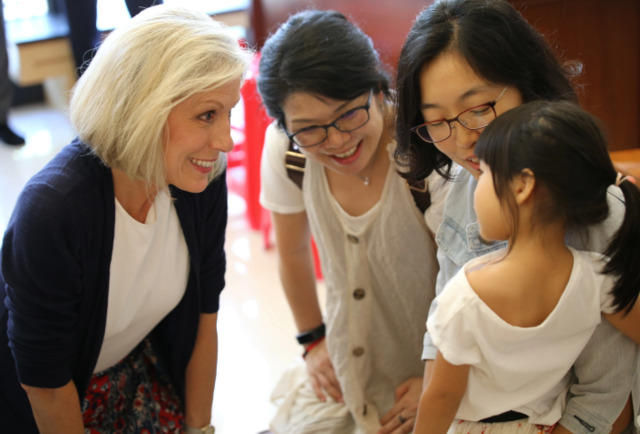 “As a priesthood duty, no, I can’t administer a blessing. But the person who administers a blessing matters little compared to whom the blessing really comes from—our Heavenly Father. And through my covenants I can strive to be a blessing in the lives of others,” said President Jones.

President Jones testified that the heavens are as open for women as they are for men. She also taught that men and women have equally important callings in the Lord’s work.

“So, in answer to my friend’s question: Do I feel diminished?" asked President Jones. "No. Do I feel blessed? Eternally.”

Elder Godoy, a General Authority Seventy, spoke in a brief BYU-Pathway Worldwide devotional on Tuesday, May 26, on why education is the pathway to success. He shared his personal journey of receiving higher education. Both of his parents, who grew up in humble families in Brazil, received only basic education and were determined to give their children more.

Part of Elder Godoy’s educational pursuits included becoming proficient in English. To help reach this goal, he spent a few months after his mission working on a cattle ranch in Idaho. Elder Godoy remembers the ranch work being difficult and the communication frustrating. He lived with a loving family, but they could not speak any Portuguese.

“I remember how impressed I was with their dog named Gray. Gray was so quick to obey my boss’s request when I had no clue what he was talking about. My conclusion: even the dog knew more English than I did in those days,” said Elder Godoy.

Upon returning to Brazil, Elder Godoy was accepted to a reputable university. Later, after years of hard work, Elder Godoy received a scholarship to the MBA program at Brigham Young University. His graduation was a fulfillment of his and his parents’ dreams. Elder Godoy said that he hopes his story inspires others to set and reach their educational goals, but even more importantly he hopes people will remember why education is so important. 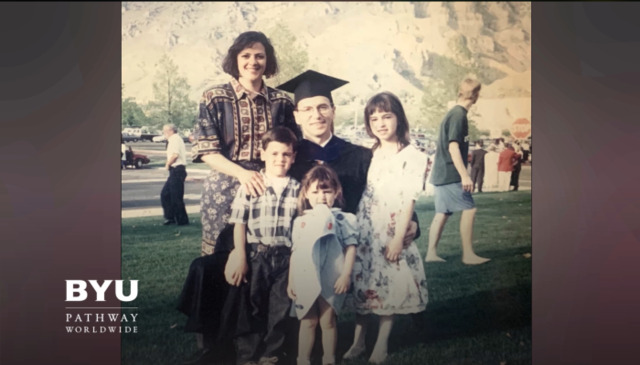 “You are one of Heavenly Father’s children. You have a divine potential and the Lord is on your side. You also have a mission in this life just like He had for Moses. This life has a purpose and one of them is to achieve our potential and fulfill our mission. This mission may be different of each one of us, but there is something in common. Our Father in Heaven expects us to help Him with His plan,” said Elder Godoy.

Elder Godoy went on to promise that great blessings from the Lord await students who will view their education as a way to bless others.

“If you see your progress through this lens, I promise you He will bless you even more," he said. "And your goals will become His goals and vice versa. I know this by personal experience.”

Elder Ian S. Ardern Shares a Message of Hope with Members Across the Pacific Area

Elder Ian S. Ardern, Pacific Area President, recently wrote a message of hope to Latter-day Saints by quoting a famous line from Charles Dickens: “It was the best of times, it was the worst of times.” He went on highlight how during these unusual times, there have been both unexpected hardships and blessings.

“We have missed the fellowship of Church meetings, yet have flourished in using Come, Follow Me. We have struggled with being confined to our homes yet have ministered to others, our own family members included, in higher and holier ways,” he wrote.

He also discussed how missionaries around the world have experienced the worst and the best as they’ve had to leave countries but have been assigned to new ones. No matter what one’s individual circumstances might be, there is power in having faith in Christ.

“With the Lord at the head of His restored Church and as we follow Him, it will always be the ‘best of time,’” he said.

Read the full message at ChurchofJesusChrist.org.