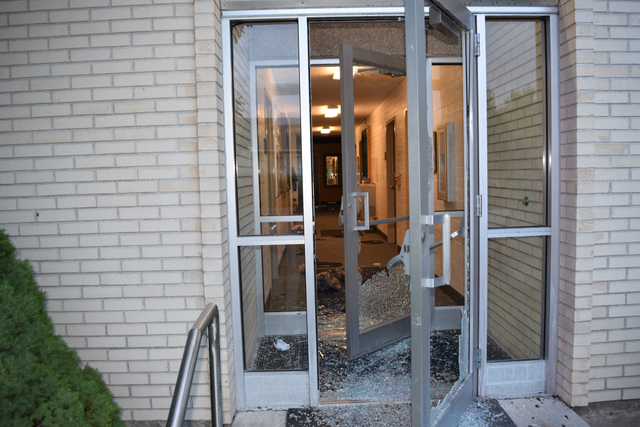 An officer on patrol noticed an abandoned car with its door open in the parking lot of the 590 W. Antelope Drive building, according to Fox 13 News.

The officer checked the building, finding the glass in two of the doors broken and feces smeared on the outer walls. The officer also found smashed wine bottles and garbage strewn around inside the building.

No one was found inside the church, but police arrested 40-year-old Oscar Ramirez later based on evidence found in the abandoned car.