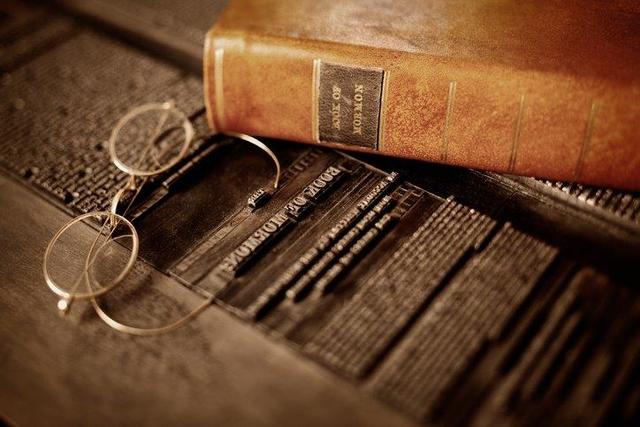 What "Sariah" and "Moroni" Actually Mean: Insights into Book of Mormon Names 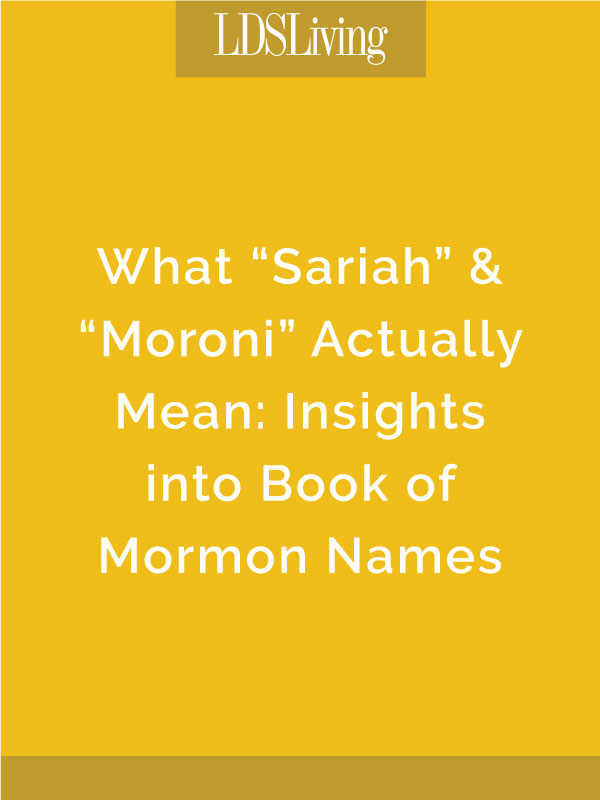 Old Testament writers used the meanings of names to help people remember the key idea of a story.

This Old Testament pattern of using the name of an individual to teach a key idea was continued by Nephi and other Book of Mormon writers—a fact we see as compelling evidence for the authenticity of the Book of Mormon.

Moroni was the last recorded Nephite. We hear his anguished expressions of loneliness and solitude in the concluding section of the Book of Mormon, as he wanders for decades finishing the record abridged by his father, Mormon. Soon after Moroni took over his father’s solemn duties as sacred record keeper, he recorded:

“I am alone. My father hath been slain in battle, and all my kinsfolk, and I have not friends nor whither to go; and how long the Lord will suffer that I may live I know not” (Mormon 8:5, emphasis added).

Hauntingly, yet appropriately, Moroni’s name possibly derives from the Egyptian word that means “I was beloved” (see more at onoma.lib.byu.edu/index.php/MORONI).

Think of it! Moroni was beloved by his father, Mormon (whose name means “love endures forever”). Moroni was beloved, likely, by a wife, children, brothers and sisters, a mother, friends—all of them gone, left “to crumble and to return to their mother earth” (Mormon 6:15). Moroni was entirely alone, except for the voices of those on the plates he carried and Christ who guided him. When we feel alone we must remind ourselves that we, like Moroni, are beloved.

Zemnarihah was one of the villains of the Book of Mormon. As leader of the Gadianton robbers and an apostate Nephite, he led a destructive siege by the robbers against the Nephite fortifications. When Zemnarihah’s army was finally depleted and he himself was caught, the Nephites:

“[H]anged [Zemnarihah] upon a tree [menorah], yea, even upon the top thereof until he was dead. And when they had hanged him until he was dead they did fell the tree [menorah] to the earth, and did cry with a loud voice, saying: May the Lord [ihah] preserve his people in righteousness and in holiness of heart, that they may cause to be felled to the earth all who shall seek to slay them because of power and secret combinations, even as this [ze] man hath been felled to the earth” (3 Nephi 4:28-29, emphasis added).

As seen in this verse, Zemnarihah’s name may be a combination of several Hebrew words, meaning “This [ze] is the tree/candlestick [menorah] of Jehovah [ihah]”.

Significantly, Zemnarihah is the only person in the Book of Mormon who was hanged from a tree. Perhaps the Nephites were making a statement against Zemnarihah: “You think you are the tree or candlestick of Jehovah, lighting the way unto the children of men? Not so! You have been false and are a fallen light.”

Zemnarihah’s name and his story may describe fitting justice for a man—an anti-Christ—who sought to enslave the people of God by falsely using the name of Jehovah. We learn from Zemnarihah and his name that we must beware of pride and make sure we are reflecting the light of Christ, not interfering with it.

► You'll also like: The Actual Meaning of "Nephi" and 3 Other Book of Mormon Names

Sariah, one of the few named women in the Book of Mormon, has a Hebrew name that means “Jehovah is a prince/commander.” Only two direct quotes are attributed to Sariah in the Book of Mormon. In one of her quotes, she expresses her faith in the princely powers of Jehovah, that is, the powers to command, protect, save, and deliver. When her sons safely return from confronting Laban, her expression of faith plays upon the meaning of her own name:

Significantly, mother Sariah’s testimony seems to have had a powerful impact on Nephi’s own testimony evident in his declaration that,

“I will go and do the things which the Lord [iah] hath commanded [sar], for I know that the Lord [iah] giveth no commandments [sar] unto the children of men, save he shall prepare a way for them that they may accomplish the thing which he [Lord] [iah] commandeth [sar] them” (1 Nephi 3:7).

Like Sariah, let us choose Jehovah as our prince and commander. Then we will also “endure [our suffering] well, God shall exalt [us] on high; [and we] shalt triumph over all [our] foes” (D&C 121:8) just as Sariah declared Jehovah had empowered her sons to do to their enemies.

Brad Wilcox is an associate professor in religious education at BYU and the author of The Continuous Atonement and the soon-to-be-released book, Changed through His Grace.