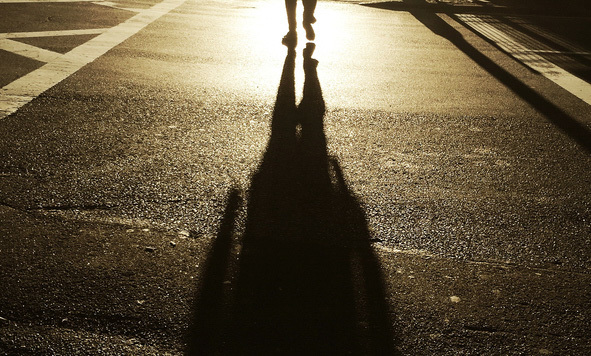 What We've Been Getting Wrong About the 3 Nephites 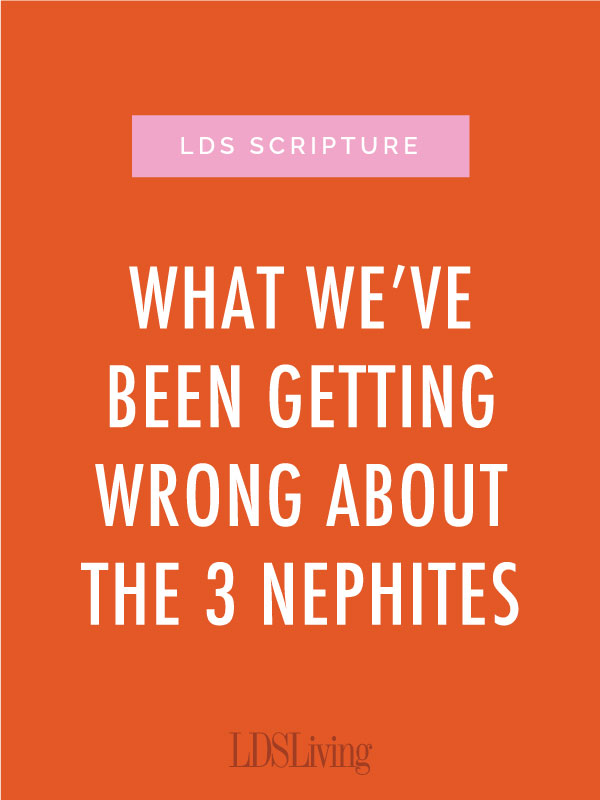 Few legends in scripture capture our imagination more than the three Nephites. We’ve all heard the tales in testimony meeting or from our Great Aunt Suzie about mysterious, kindly, old gentleman appearing out of nowhere on a deserted stretch of highway, then suddenly disappearing after helping change a blown tire.

What do we know about the three Nephites?

Before the Savior departed from his newly ordained disciples he asked, “What is it that ye desire of me, after that I am gone to the Father?” (3 Nephi 28:1). Nine requested to return to the kingdom when their ministry was complete. The Savior then turned to the last three disciples and asked, “What will ye that I should do unto you, when I am gone unto the Father?” (3 Nephi 28:4). Christ perceived that they “desired the thing which John, my beloved” desired (3 Nephi 28:6).

The three disciples were blessed to “never taste of death; but ye shall live to behold all doings of the Father unto the children of men, even until all things shall be fulfilled according to the will of the Father, when I shall come in my glory with the powers of heaven. And ye shall never endure the pains of death; but when I shall come in my glory ye shall be changed in the twinkling of an eye from mortality to immortality; and then shall ye be blessed in the kingdom of my father” (3 Nephi 28:7-8).

Interestingly, most of the references for the three disciples in the Book of Mormon were documented by Mormon and his son Moroni who testified, “behold, my father and I have seen them, and they have ministered unto us” (Mormon 8:11). The four centuries of experience from the lives of those three disciples, from the time of Christ’s appearance until the destruction of the Nephites, would have been invaluable to Mormon and Moroni as they compiled the later part of the Book of Mormon.

Mormon is able to write the most comprehensive summary of the three disciples as he knew them personally. In 3 Nephi 28:18-23 he writes:

“[T]hey did go forth upon the face of the land, and did minister unto all the people, uniting as many to the church as would believe in their preaching; baptizing them, and as many as were baptized did receive the Holy Ghost.

“And twice were they cast into a den of wild beasts; and behold they did play with the beasts as a child with a suckling lamb, and received no harm. And it came to pass that thus they did go forth among all the people of Nephi, and did preach the gospel of Christ unto all people upon the face of the land; and they were converted unto the Lord, and were united unto the church of Christ, and thus the people of that generation were blessed, according to the word of Jesus.”

Were the three Nephites really Nephites?

In 1981, Elder Bruce McConkie undertook the enormous task of writing the chapter headings in all the standard works. The chapter summaries we enjoy today were not part of the original translation of the Book of Mormon by Joseph Smith in 1830. Elder McConkie’s chapter headings have been revised a number of times over the years to improve their precision and clarity. The three disciples are referred to as Nephites in the chapter heading for 3 Nephi 28 by Elder McConkie. Is it possible that we have mistakenly labeled the three disciples as Nephites?

The title, “Captain Moroni” is another example of a well-known phrase that is never mentioned in the Book of Mormon. The closest we come to “Captain Moroni” is in Alma 61:2 when Pahoran refers to him as “Moroni, the chief captain over the army.” Even Moroni himself does not use the title. Instead he declares, “Behold, I am Moroni, your chief captain. I seek not for power, but to pull it down. I seek not for honor of the world, but for the glory of my God, and the freedom and welfare of my country” (Alma 43:17).

So what does any of this have to do with the three disciples?

The stories of the “The Three Nephites” and “Captain Moroni” are repeated so many times from our youth that we overlook the fact that these titles are not actually recorded in the Book of Mormon.

In 3 Nephi 6:14 we learn about the demographics of the Church a mere three years before Christ’s appearance in the Americas: “And thus there became a great inequality in all the land, insomuch that the church began to be broken up; yea, insomuch that in the thirtieth year the church was broken up in all the land save it were among a few of the Lamanites who were converted unto the true faith; and they would not depart from it, for they were firm, and steadfast, and immovable, willing with all diligence to keep the commandments of the Lord” (emphasis added).

Shortly before the Savior’s appearance, the prophet Nephi performs incredible miracles, including raising his brother from the dead, leading to the conversion of “many” in the land (3 Nephi 7:26). The “firm, and steadfast, and immovable” Lamanites would have served as the backbone of the church, nurturing these new converts. Christ likely chose His 12 disciples from among both Lamanites and Nephites.

Does this knowledge change anything?

The three disciples actual lineage may not be as important as recognizing how our implicit attitudes or biases influence the way we see others and even how we read scripture. Most of us equate righteousness with the Nephites and wickedness with the Lamanites. Yet all of us can think of periods in the Book of Mormon where the Lamanites were living the gospel and the Nephites were not. Assuming that a person is righteous or wicked based on a single characteristic prevents us from fully seeing others as the Savior does.

The distinction of “Mormon” and “Non-Mormon” is often our modern day equivalent of Nephite and Lamanite. We are truly separated by all “manner of –ites.” Mormon witnessed how racism and division destroyed his people. He identified himself as a “pure descendant of Lehi,” not as a Nephite or Lamanite (3 Nephi 5:20). If Mormon lived in our day, I do not believe that he would have identified himself as a “Mormon” either. He shares one of my favorite proclamations in all of scripture when he boldly declares, “I am a disciple of Jesus Christ, the Son of God” (3 Nephi 5:13, emphasis added).

The Savior looks beyond our superficial appearance. He knows our thoughts and the desires of our heart. His invitation to “come, follow me” is extended to everyone (Luke 18:22). Christ wants all of us to be His disciples. I stand with Mormon as I declare that I am a disciple of Jesus Christ.

We learn a fundamental truth about unity during times of righteousness in the Book of Mormon, “neither were there Lamanites, nor any manner of -ites; but they were in one, the children of Christ, and heirs to the kingdom of God” (4 Nephi 1:17). Recognizing the good in others, regardless of their church affiliation or other perceived differences, is crucial as we strive to live as true disciples of Christ.

In our day, Mormon reveals that the three disciples “will be among the Gentiles, and the Gentiles shall know them not” (3 Nephi 28:27). Mormon prophesied that “they shall minister unto all the scattered tribes of Israel, and unto all nations, kindreds, tongues and people, and shall bring out of them unto Jesus many souls, that their desire may be fulfilled, and also because of the convincing power of God which is in them. And they are as the angels of God, and if they shall pray unto the Father in the name of Jesus they can show themselves unto whatsoever man it seemeth them good” (3 Nephi 28:29-30).

Elder Jeffrey Holland confirmed that the three disciples “continue in their translated state today, just as when they went throughout the lands of Nephi” (Christ and the New Covenant, p. 307). So, if you’re still curious, the next time your radiator overheats in the middle of the desert, and you’re visited by a few helpful gentlemen, remember to ask if they were once Lamanites!

Cameron Staley’s love for the Book of Mormon and background as a clinical psychologist led him to write the remarkable untold story of the Lamanites, which is meant for our day, in his novel In the Hands of the Gadiantons which is available online at deseretbook.com. You can read the first chapter of In the Hands of the Gadiantons on Cameron’s blog: inthehandsofthegadiantons.wordpress.com