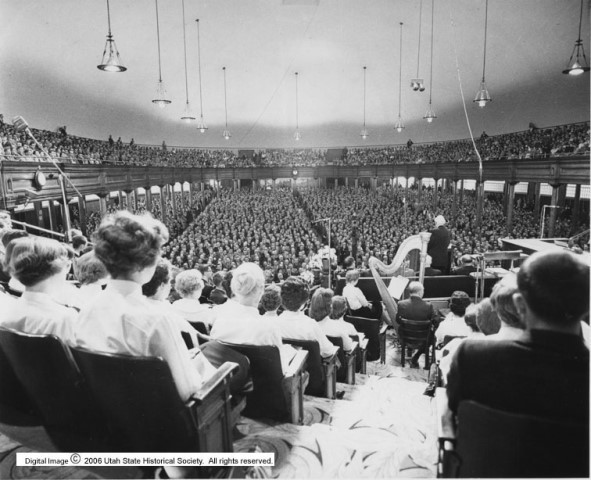 If you’re a Latter-day Saint or live near a group of them, you probably mark spring and fall not by the changing temperatures but by the commencement of another general conference weekend. Over the years, there are some practices that have come to be expected as much as the conference itself: two days, general authority and auxiliary speakers, meeting at the conference center, a conference edition of the Ensign the following month.  But did you know it hasn’t always been that way? Here are a few things that haven’t always been a part of general conference.*

This conference was held in Fayette, New York, only a few months after the organization of the Church. It included seven elders and a handful of others who unanimously accepted the articles and covenants found in Doctrine and Covenants section 20 that Joseph Smith read on that occasion. Church business that occurred at this conference included the ordination of Samuel Smith as an elder and Joseph Smith, Sr. and Hyrum Smith as priests.

First (and only) general conference meeting outside of the United States: April 1840

All the Saints in the British Isles gathered for this conference meeting at the home of Elder Willard Richards in Preston, where Brigham Young had been unanimously sustained as the President of the Council of the Twelve the day before.

First time conference was held primarily for instruction instead of business: April 1844

While the first conferences were used to sustain members of the priesthood, hear member suggestions and present changes, and carry out membership actions such as excommunication or reinstatement, starting in 1844, teaching and instruction became a primary pillar of the conference. 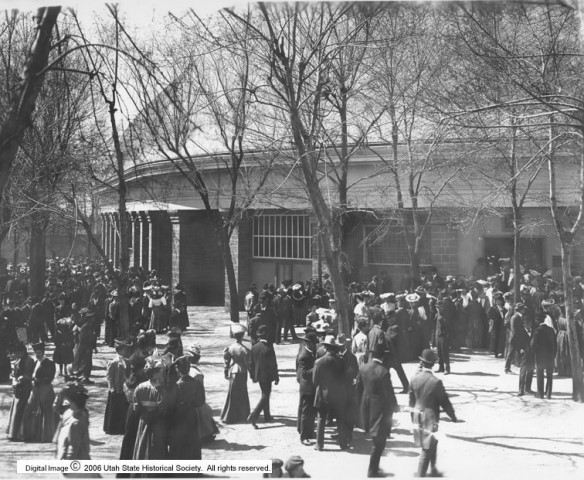 This conference was held in an open-air bowery in the middle of the Salt Lake Valley, on present-day Temple Square. 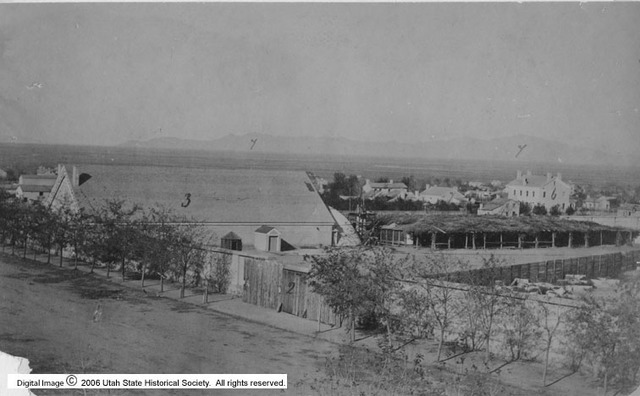 First time general conference was held in the Tabernacle: October 1867

Though the building was not dedicated until 1875, the Saints made do for several years, first using their beloved new building in October of 1867. Before the Tabernacle was built, general conference had been held in an old tabernacle that stood where the Assembly Hall stands today. 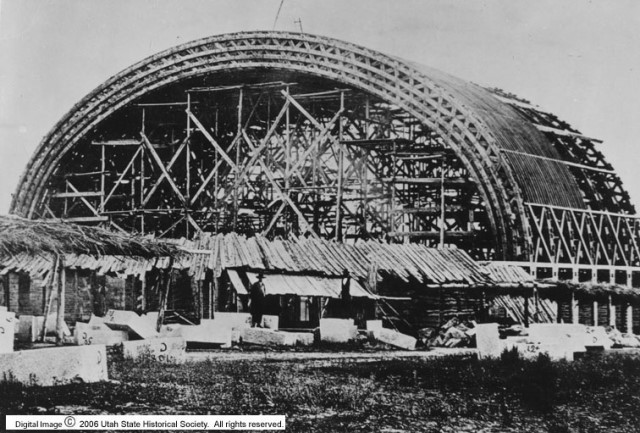 First time the general public was not invited: April 1942

One of the opening statements in the April 1942 conference report reads:

"Owing to conditions incident to War emergency, the general public were not invited to attend this Conference; those present consisted of the General Authorities of the Church, Presidents of Stakes and their counselors, and Presidents of the High Priests quorums.

"Through the courtesy of Radio Station KSL of Salt Lake City, the proceedings of the Sunday morning and Monday morning meetings were broadcast for the benefit of the general public."

Because of the limited invitations, this conference was held in the Assembly Hall, with a special session and testimony meeting held on the fifth floor of the temple on that Sunday. 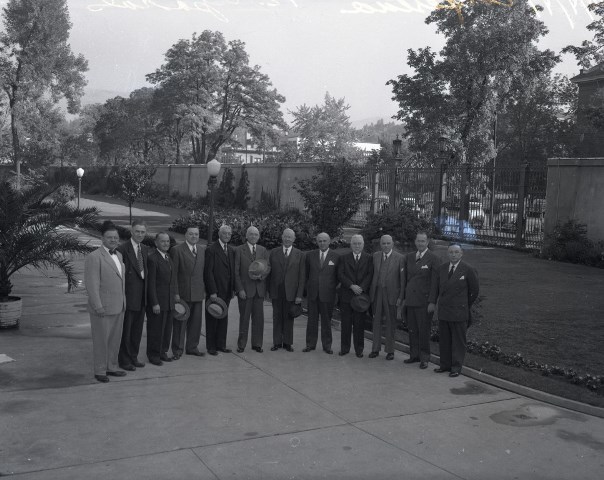 ► You'll also like: Prisoner of War Finds Hope Through News of General Conference

Though no conference was planned for 1846 due to the exodus west, President Brigham Young was sustained at the next conference in December 1847. Since then, conference has been canceled only once, when there was a severe countrywide Asian flu epidemic in October 1957. It was also postponed in 1919 due to a Spanish flu epidemic.

Prior to this time, general conference had always been a three-day event, with the congregation even voting to extend it to four days in 1867.

First time the conference was not held on April 6: April 1977

With the change to a two-day conference, other changes were instituted by the First Presidency, including permanently holding the conference on the first Sunday of April and October. Prior to this time, the April conference had always included April 6, no matter what day of the week it fell on. Read the First Presidency’s announcement of this change here. 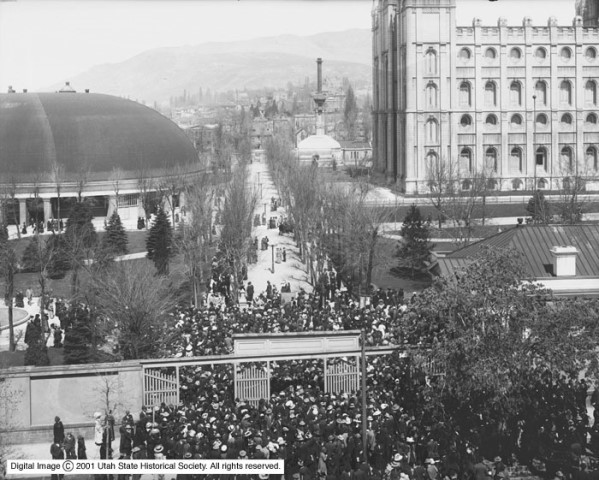 The conference center, which has been the only place many of the younger generation remember general conference taking place, was the inspired idea of President Gordon B. Hinckley. He dreamed of a meeting place where everybody in the audience could see the speakers without obstruction of their view. The building was finished just in time for the first general conference of the new millennium. 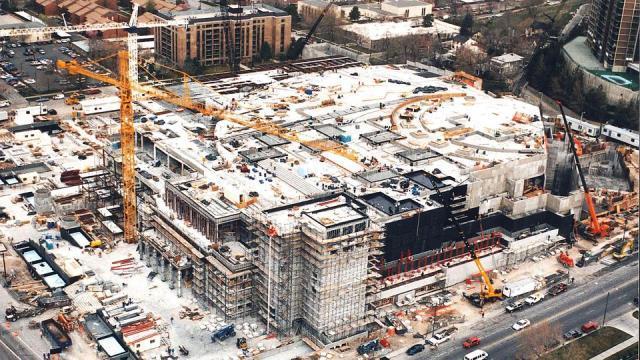 First time general conference was broadcast on the radio: 1923