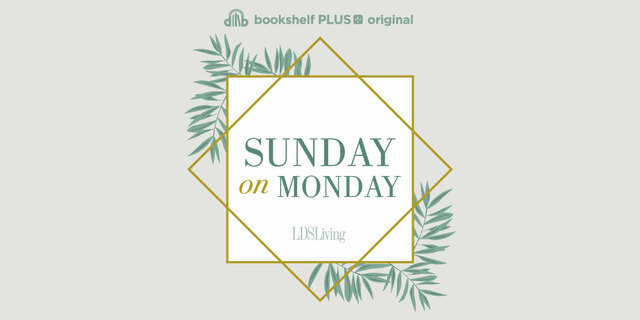 Editor’s Note: Tammy Uzelac Hall is the host of LDS Living’s newest podcast, “Sunday on Monday,” a weekly podcast focused on Come, Follow Me that dives into the hidden treasures of the gospel. Here are four questions readers might have in their studies of the Book of Mormon this week, accompanied by Hall's insights that add new meaning to the beloved verses.

All represent more than what’s apparent on the surface. One reason these archetypes in the Bible exist could be that the Bible was written by men, and their attempt to describe the breach of covenants was therefore described in terms of human relationships and intimacy.

Another answer is that every time a woman is used as a symbol in the Bible, she is representing a system of beliefs and practices that influence people for good or bad. The symbol of a woman is used to represent nations (Jerusalem, Judah, Zion)—in this case, Christ’s church—as well as the great and abominable church.

According to Nephi, Satan is the founder of the great and abominable church (See 1 Nephi 13:6, 14:9). This church is not one specific church, but it is any church or organization that leads away from God and His laws, or anyone who “loves darkness more than light … including our own members.”2

The great and abominable church is represented by a woman because a whore or harlot has no covenant ties to one man, nor does she have loyalty to any man—only herself.

A woman’s influence can never be underestimated, which is why Satan spends so much time getting women to lose focus and doubt their powerful influence.3 President Russell M. Nelson has said, “We, your brethren, need your strength, your conversion, your conviction, your ability to lead, your wisdom and your voices. The kingdom of God is not and cannot be complete without women who make sacred covenants and then keep them, women who can speak with the power and authority of God.”4

Question: What is the symbolic meaning of the clothing worn by the woman representing the great and abominable church in 1 Nephi 13 and 1 Nephi 14?

Answer: Everything the woman wears are fake or imitated symbols of Christ and His atoning sacrifice (see 1 Nephi 13:7) and proves, as Elder James E. Faust said, that Satan is “the Great Imitator.”5

Gold: Symbolizes the celestial, divine, or godly nature of a thing.

Silver: The Old Testament tabernacle, which stood on sockets of silver, was to be understood as the place of redemption and security. The temple serves as that safe resting place from this fallen and chaotic world, pointing our minds and our hearts to that "sure foundation," which is Christ (see 1 Corinthians 3:11; Jacob 4:16–17).

Silks: The word for “silk” in biblical Hebrew is shesh and is defined as fine linen. This is something that is bleached, dyed white, and used in the tabernacle and for the clothing of the temple priests. Silk is the symbol of the purifying and cleansing power of righteousness over sin.

Scarlets: Most often in scripture, the colors red and scarlet represent sin or the blood of Christ that was shed because of sin.

Fine-twined linen: Linen was rarely worn as an everyday fabric, and was associated with the holy tabernacle, temple accessories, and the sacred clothing of the priesthood. Linen is the garment of the saints as mentioned in Revelation 19:8 and represents the righteousness of the saints—we will be adorned in a symbol of purity. We have become clean through the blood of Christ. The great and abominable church creates the illusion that she will offer her followers stability, redemption, and a safe resting place. Her priesthood is false and she offers her fellow harlots—or followers—the ability to become clean if they will only have faith in her.

Question: What is the difference between the words “Gentile” and “House of Israel”?

Answer: In scripture, the word “Gentile” often has a dual meaning. Sometimes it designates people of non-Israelite lineage and other times it designates nations that are without the gospel—even though there may be some Israelite blood therein. Since this latter usage is common in the Book of Mormon, let’s take a look at the Israelite line and what it means to be of the “House of Israel.”

Jacob was the son of Isaac, who was the son of Abraham. Jacob had twelve sons who became known as the twelve tribes of Israel (Genesis 49:28) since the Lord changed Jacob’s name to “Israel” due to his faithfulness. The name Israel means “one who prevails with God” or “let God prevail.”6

Question: Why didn’t Laman and Lemuel understand Lehi’s revelation about the olive tree (see 1 Nephi 15:7)? How can we get our own witness like Nephi?

Answer: I have labeled 1 Nephi 15 the “Yes, but…” chapter. Laman and Lemuel complain in 1 Nephi 15:7 that they can’t understand the words which their father hath spoken to them and then Nephi asks them, “Have you inquired of the Lord?”(1 Nephi 15:8). He essentially says, “Did you ask to understand?”

Nephi then gives us a great “if-then” statement. If-then statements are everywhere in the Book of Mormon and when you see one, mark it. These statements are always a principle with a promise.

In 1 Nephi 15:11, Nephi teaches four simple steps on receiving answers: “Do ye not remember the things which the Lord hath said? If ye will not harden your hearts, and ask me in faith, believing that ye shall receive with diligence in keeping my commandments, surely [then] these things shall be made known unto you.”

The four principles are:

What is so cool here is that Nephi is speaking from experience (see 1 Nephi 2:16, 11:1-3). He can testify of this because he knows for certain that it works.

1. In scripture, the Woman, (the bride, the unfaithful wife, and the harlot) is often a symbol for Christ’s church, his covenant people.

2. Stephen Robinson Warring against the Saints of God, 34-39.

6. Gospel Principles Manual, “The Gathering of the House of Israel”.