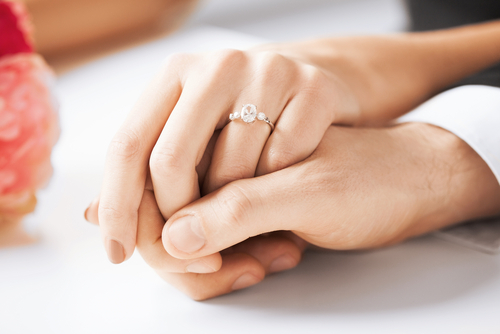 I had a great single life. I mean, it was awesome.

I went out on dates every week, I traveled at least monthly, I hot tubed regularly, I got together with friends often, I ran my own business, and overall, I just had a super fun time.

Not a lot of question as to why I was single, right?

I was single because I was having too much fun and everyone told me that marriage would mess all that up.

If you were to ask my friends or family, they would tell you that I was single because I didn’t follow their advice—but actually, it might have been because I was. They told me to "live up my single life now—because when I get married, life ends!"

► You'll also like: 9 Things No One Ever Tells You About Marriage

Until I met my wife.

And I need to tell you that what everyone told me about life ending was wrong. Dead wrong. If I’ve learned anything from getting married, I’ve learned that you aren’t going to be any happier or unhappier because you get married. It’s going to be as happy as you make it.

Unfortunately, it feels like people further down the line in life frequently feel the need to warn you about how bad the next phase is going to be.

People told me how hard it would be to date. But I had a blast.

People told me how hard it would be to get married. But it has been awesome.

People told me how hard it would be to have a baby. But it has been incredible!

Now people tell me that it is going to get bad when I have two kids. Well, guess what? By this point, those foreboding premonitions don’t mean anything to me, because it isn’t about some arbitrary stage of life, it is about a frame of mind.

Recently, my wife and baby and I had cinnamon rolls in bed, went for a 10-mile hike, went to a concert, and topped the day off with a popcorn movie date in bed. Now that married-with-a-kid-day can go toe-to-toe against the best single day I’ve had.

Is my life different than when I was single? Yes. But that doesn’t mean I’m somehow tied down or unable to have as much fun as before. My fun has simply changed.

I still go on dates every week. I still travel monthly, hot tub regularly, get together with friends often, run my own business, and overall, just have a super fun time.

So what am I trying to say?

If you’re single: don’t let other people’s warnings about marriage scare you. Yes, there will be new challenges and new trials. Be the best version of yourself, strive to be happy, build a relationship with God, and things will work out. Anyone that tells you otherwise is probably unhappy themselves.

If you’re married: let’s help change the rhetoric. Everyone has trials, but just because you had a specific trial or a really rough first year, it doesn’t mean everyone will. What good also came of it? Let’s work to share both sides of the story. Just because your life stopped when you had your first kid, doesn’t mean everyone’s will. Parenthood might be the start of another’s life. What helpful advice can we give? I’m not saying we have to see everything through rose-colored glasses, but we can certainly look at it in a brighter shade than grey.

► You'll also like: 5 Vital Ways to Protect Your Marriage

As I see it, marriage is beautiful, fun, and wonderful. And while it has its challenges, so does ANY stage in life. So let’s work together to create a new norm of fun, uplifting, and positive examples and conversations around the most sacred earthly relationship we can have—let’s stand together in defense of marriage.