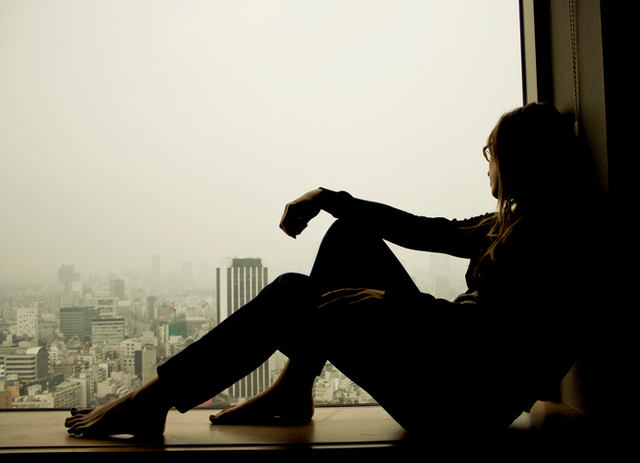 I guess I should not have been surprised when some of the top news stories on my Facebook feed were about modesty once school started, but I was.

I was surprised because, in the stories I read, the students were not violating the dress code.

In one instance, an 11-year-old girl wore leggings to her middle school. They were innocent, flower-printed leggings that were described as more knit pants than leggings and were not see-through.

The girl was given a pair of sweatpants and told she had violated the dress code. She was also told she couldn't call her mom to bring her a new pair of clothes and had to wear the gray sweatpants the rest of the day.

It turns out there was nothing in the dress code that prohibited leggings at the time, but the principal and school faculty thought the leggings were immodest and a violation of the dress code.

I remember being that age and anything, anything that called me out of a crowd and made me feel like I had done something wrong was humiliating.

My heart hurt for this girl, and I can only imagine her embarrassment all because of standards she had no way of knowing about because they didn't even exist yet.

It reminded me of a situation my friend and I had when we were a few years older than this girl. We were at stake girls camp and we were listening to a safety instructor talk about this awesome rope obstacle course we were about to climb.

I was nervous because I have an enormous fear of heights and the course went up to about 30 feet off the ground. So while I was trying to look anywhere but at the looming course, I noticed two leaders from another stake looking back at me and then talking among themselves.

I thought maybe I was just being paranoid, but then they walked over to me after the safety instructor had finished talking.

They said they were worried my shirt was too low.

It was one of my favorite crew-neck t-shirts. The neckline barely went past my collarbones and it wasn't a super tight fit, but snug enough that I knew nothing would show when I bent over.

Nonetheless, the leaders had me bend over to check. There were senior missionaries helping with the obstacle course they said, and they just wanted to make sure nothing would show.

Nothing showed. I was a little embarrassed after the whole ordeal but I got why they checked. I moved on and forgot about it until I saw my friend a few hours later.

We had gone on the course at different times so I didn't know what happened until she told me.

She had been wearing a v-neck shirt and the neckline was slightly lower than my crew-neck shirt. When the leaders saw her, they immediately pulled her aside and told her what she was wearing was immodest and she either needed to wear a shirt over it or change.

I understood the leaders' reasoning for what they did, but what they didn't know was my friend wasn't an active Church member. She came with me to camp because I invited her.

I had hoped she would have a good time and feel included as part of the young women. Instead, she felt humiliated.

I'm not saying the leaders purposely humiliated her. I suspect their actions came from good intentions. But what my friend's experience and the 11-year-old middle school girl's experience have in common is they were unaware of the standard of modesty and there was no way for them to know until they were reprimanded.

But as I've thought about these experiences, I've realized how important modesty is, but I also realized that others often push their standards of modesty on others in an unfair and humiliating way, even on occasion within the Church.

Looking back on these separate but similar experiences, I learned that we need to be sensitive about how we approach modesty with others and those within the Church. Here are three things I saw in both circumstances that could have been handled better.

1. Not everyone has the same standard of modesty and so it is important to be clear about our standards of modesty.

It's important for us as Church members to be open about the expectations we have for modesty, especially today where modest is looked down upon.

But we should refrain from assuming everyone has those same standards.

I was raised in a family where the gospel had been taught to me my whole life. My friend had not.

The leaders' approach to handling the situation had left her feeling just a little more apart from the Church.

Had the leaders tried a gentler approach, had they been clear about the modesty standards before the rope obstacle course, my friend would not have felt so humiliated.

Growing up, I had family members who didn't always wear modest clothing. They were raised in the Church and they knew what the modesty standards were in For the Strenght of Youth, but they had decided for themselves not to follow those standards.

Because of that, modesty was a sensitive topic in my house growing up, and approaching immodesty in a confrontational or even an overbearing way did absolutely no good.

What did do good was when they felt accepted and loved by other members of the Church no matter what they were wearing.

2. It's never okay to humiliate others in the name of modesty.

As I think about the middle school girl, I think about my friend. My friend was innocent. There was no set rules regarding the shirt she wore, but she felt humiliated for wearing it because it didn't measure up to someone else's standards.

Unfortunately, some members use their standards of modesty to criticize others about every article of clothing imaginable. I've caught myself thinking critically of others I know because their dress standards are not my own.

But because she felt humiliated for the sake of someone else's standards, she wasn't really willing to listen to anything related to modesty just then, and I can't blame her.

But this doesn't just happen with less active or nonmembers. There are a lot of little gray areas and personal decisions to make when it comes to what one member considers modest.

There's the story of Brittany Molina who was attending BYU when she received a note from a man she didn't know saying what Molina was wearing had a negative effect on those around her and wasn't up to the honor code.

According to the BYU honor code for women, "Clothing is immodest when it is sleeveless, does not cover the stomach, or is low-cut in the front or back. Dresses and skirts should be knee-length or longer (even with leggings worn). No capris may be worn on campus. Women may wear one pair of earrings."

Molina was wearing a dress with a hemline that ended at the top of her knees, black tights, and a cardigan, but this was enough for another member to call her dress immodest in a, quite frankly, snarky note.

3. Everyone is accountable for their own thoughts and actions no matter how someone else is dressed.

In the story I read about the middle school girl wearing leggings, the mother said school faculty told her that they sent her daughter to the principal's office because 13-year-old boys can't control themselves around someone dressed like her daughter.

I've heard similar reasons why it was important for women to remain modest as I grew up in the Church with lessons built around the phrase, "raw meat attracts dogs."

The truth is everyone is responsible for their own thoughts and actions.

We live in a world where most people don't follow our modesty standards, but we can't use that as a scapegoat for our thoughts or use it as an excuse for ridiculing other members for their dress.

But the thoughts and actions of others are their own, and they will be accountable for those whether or not the people around them dress modestly.

While modesty is important for both men and women, especially today where it is often looked down upon, it should never be a tool we use to humiliate others.

Instead of using modesty as a tool to shame others or blame others, we need to use it as a tool to outwardly show what we believe and use it to invite, not to humiliate, others to learn why we have those standards.