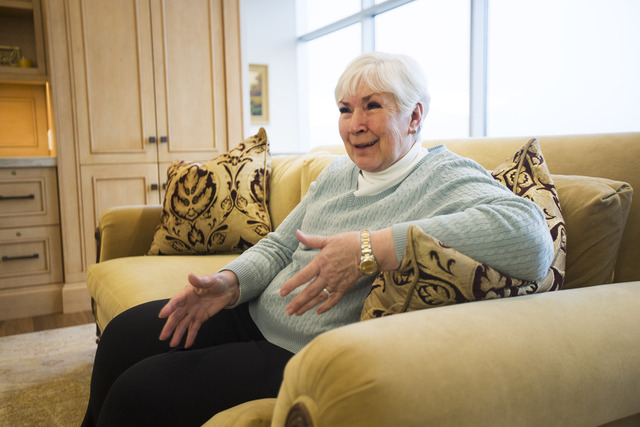 "We’re Strong and We Need to Be Strong": Gail Miller Shares Empowering Messages for LDS Women

During an interview with the Deseret News, billionaire Gail Miller shared powerful insights into her life as the wife of Larry H. Miller and into what it's like being a woman in business. Among her powerful responses, Gail explained how her faith has grown as an LDS woman and shared an important message for LDS women living in the world today.

DN: What have you learned about faith over the years? . . . And what do you know now that you didn’t know when you and Larry had just become active again in The Church of Jesus Christ of Latter-day Saints?

GM: I think it took me a long time to have the kind of faith that I saw my mother have. Everything in her life was based on faith. I remember once we went on a trip to California and I was driving and I barely missed an accident. She said, “Oh God,” and I said, “Mother!” And she said, “I was just praying.” She was and I realized it then that that was how close she was. She could just, in an instant, call for help. It took me much longer to get that kind of faith, and I think it comes with trusting that he’s there, trusting that he’ll be there when you ask or when you need him or even when you don’t need him. But I’ve seen it too many times not to believe.

DN: What do you think it means to be a Latter-day Saint woman in this day and age?

GM: I just think that we have an opportunity where others will listen and pay attention differently than they will to men because we’re nurturers, we’re more compassionate, we’re soft and tender but we’re strong and we need to be strong and we need to take that responsibility. That’s one thing I learned when Larry died because I had not been in the public eye, only by his side or behind him, you know just being a support, which was fine with me. I liked being there, but when he passed away, I had a decision to make. I said, “Well, I can continue the legacy, I can keep doing what we’ve been doing, even though I’ve never been at work” . . . or I can fold up shop, sell it all and just do my thing. But the answer was loud and clear to me: “You can’t just fold up shop. There’s too much still to be done, and you can do it.” I had to overcome the fear that I couldn’t do it, but I think that’s a strength that women have if we can overcome the fear that we’re not good enough, that we’re not smart enough, that we’re not strong enough, because we are. 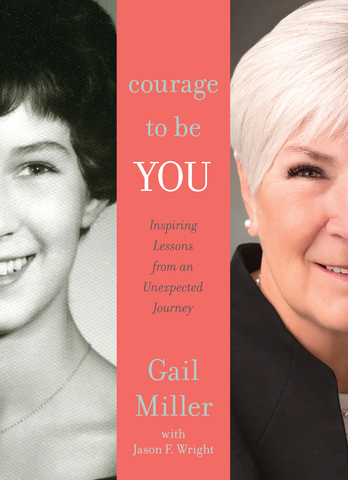 Gail Miller might seem as though she has it easy—now. But she has experienced challenges in nearly every aspect of her life: financial struggles, family trials, and personal loss. Through it all, she has had the courage to move forward and remain grounded in her faith.

In Courage to Be You, Gail encourages readers to find their own path—with the help of the Lord. Her candid stories and personal insights about faith, hard work, grief, and many more topics are both fascinating and inspiring.