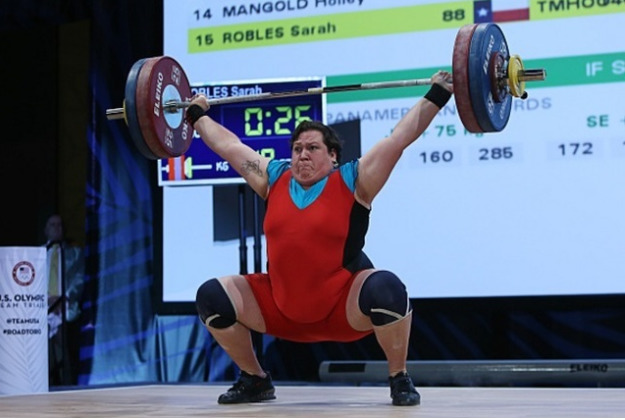 There are over 7.1 million members of the Relief Society—the largest women's organization in the world. Though there are many similarities among Latter-day Saint women, like a shared belief in the gospel, everyone has a different background and story. Here are some outstanding women who show the wonderful diversity of our worldwide sisterhood. 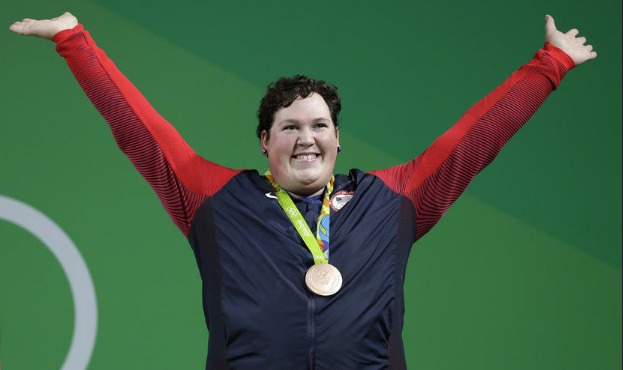 In 2016, Sarah Robles won a bronze medal during the Olympic Games. Her sport? Weightlifting. She was the first U.S weightlifter to win an Olympic medal in 16 years.

She told the Deseret News, “I’m a girl doing a traditionally male sport. Everything that I have ever done is against the grain. I’m used to being isolated, but there is a certain beauty in that.”

Despite her success, Robles grappled with being single in a family-focused church.

“I thought it was just never going to happen for me, so what’s the point?” said Robles. “After a while, I kind of figured out if I want that to happen, I need to be my best self. And not being an active member of the Church isn’t going to get me the things that I had wanted, which would be a temple marriage and raising my family in the Church, and those types of things, like having a priesthood holder in my home. So I was like, ‘Sarah, your thinking is wrong and it’s silly. So just go back.’”

So she took the gospel and rolled with it. Robles doesn’t just prepare physically in her life, but she also prepares spiritually.  Before every competition, she prays—but not for the wins.

“I mostly pray for health and learning experiences, not just for myself but (for my competitors),” she said.

►You'll also like: LDS Olympic Medalist Says She Doesn't Fit the "Mormon Mold," but It's Made Her Faith Stronger 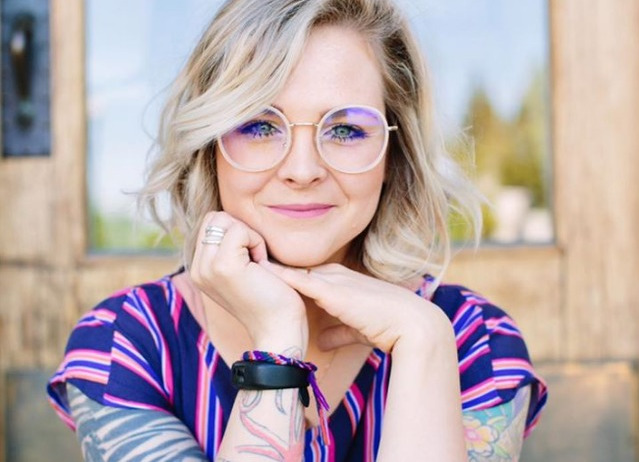 Since 2016, Al Fox Carraway has expanded many people's view of the Church in a unique way. As a New York-raised convert to the Church, she’s gotten the world’s attention with her alias “The Tattooed Mormon.” Carraway uses her differences to teach Church members and nonmembers alike about loving yourself and finding your infinite worth through God, regardless of what the world says or thinks.

In 2017, Carraway wrote a post on her website that shared how some Church members told her to end her life because of the way she looks. Her response to combat messages like that was astounding. She wrote:

“We absolutely do not let it ever stop us from doing the eternal truths that affect our forever. We can’t change others but we can change ourselves. We can change how we react to others and how we let it affect us and how we live here and hereafter.”

►You'll Also Like: Al Fox Carraway Gives the Perfect Advice For How to Respond to Mean Members 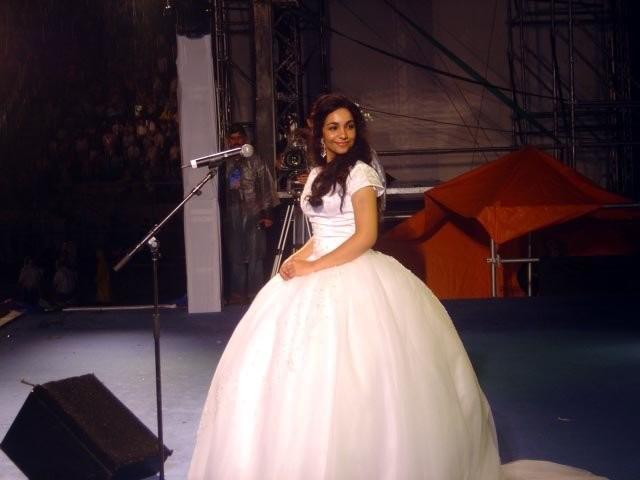 Brazilian pop singer Liriel Domiciano isn’t just known for her singing. She is also the first soloist to perform during general conference since the 1930s. Domiciano grew up as a member of the Catholic faith. She wanted to be a singer, but her parents didn’t have enough money to afford music lessons. A voice in her mind told her to be patient, that it wasn’t her time yet. At the age of 14, Domiciano met the missionaries and she found the true joy she was looking for in the gospel.

After that, she started an Latter-day Saint group called “Voices of Zion” in Sao Paulo and even made it onto a popular TV competition, the Raul Gil Amateur Show (a Brazilian equivalent to American Idol). She gained so much popularity that President Gordon B. Hinckley invited her to sing with the Tabernacle Choir.

When a producer learned that Domiciano would be turning down his offer to instead perform without pay with the Tabernacle Choir, he warned her that his offer “wouldn’t be there when she returned.” Domiciano said, “To sing for money is one thing, but the choir sings for no money, just the Spirit.”

►You'll Also Like: 8 Latter-day Saint Women Who Shaped Hollywood Fashion More By Standing for Their Faith 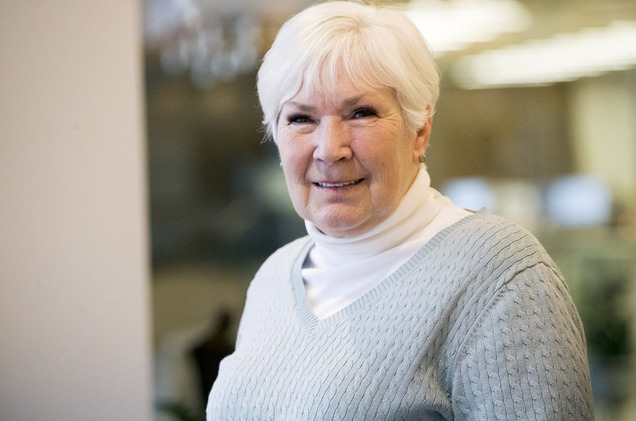 Gail Miller is a billionaire and one of the richest people in Utah, and it’s not just because of her marriage to Larry H. Miller, who owned everything from automobile dealerships to movie theaters to the Utah Jazz. Ironically, Gail grew up poor, making her own clothes from hand-me-down dresses and dress patterns cut out of newspapers.

She never thought overseeing her husband’s business empire was in the cards for her, but when Larry passed away in 2009 and she found herself a widow, Gail had to make the decision to sell her husband’s company or take over for him. She chose the latter. She says being a prominent woman in the business world has its challenges, as it is “a man’s world.” But she shares that being a woman does have its advantages.

“I really think Heavenly Father has given women an opportunity to make the world a better place because we have a different kind of strength than men have,” she says.  “It’s very important to represent yourself as an LDS woman—don’t ever be ashamed of that. There are so many good things about our church and so many valuable lessons you learn as you go through life because of the teachings of the Church.”

She shares her journey of challenges in her book, Courage to be you and hopes to help others along their own path. 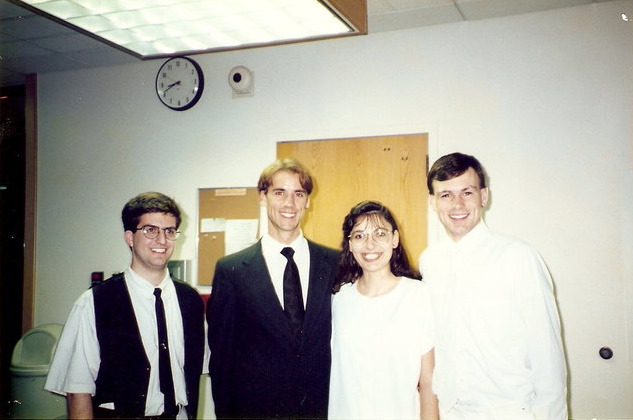 Sahar Qumsiyeh is no ordinary convert to the Church. Growing up in the Middle East, her country was the center of conflict and war. Growing up hearing the sounds of gunshots and watching friends killed, she wondered how she could attain peace amidst the chaos. Though not a Latter-day Saint, Sahar felt a draw to attend BYU and from her studies there, learned about the gospel. Learning about the Atonement of Jesus Christ brought her peace, something that she never had growing up.

After she joined the Church, she wrote in her journal: “My country has never experienced peace, but now I feel my heart has enough peace to cover the entire country of Palestine and to cover all the pain and suffering of my people.”

After helping the gospel grow in her native country of Palestine, Sahar continues to inspire others and works as a professor at BYU-Idaho. Read more about Sahar and her pathway of faith amidst war in her book, Peace for a Palestinian.

►You'll also like: After Asking God to End Her Life This Palestinian Found Peace in the Gospel 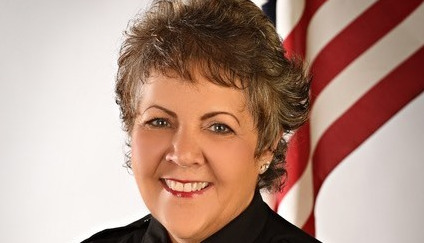 Lisa West one day was faced with the decision of going out and volunteering to help find a missing woman in her community or to go to church. She thought, "What would Jesus do?" She chose to help find the missing woman, which marked the beginning of her career as a community chaplain and later a law enforcement chaplain.

Lisa has found purpose and meaning in her unique job. It’s a way for her to serve God’s children by providing emotional support during major emergencies. And through her job, she’s able to share the gospel.

“I feel that my mission in life is to reach those who may never come in contact with another member of the Church or a missionary,” she says.

►You'll Also Like: How One LDS Woman's "Non-Traditional Journey" in the Church Led Her to Become a Chaplain 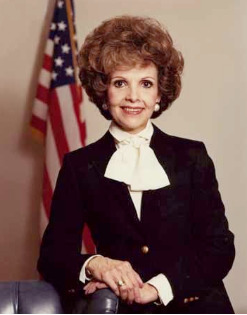 Florida Governor Charlie Crist said about her, “Paula Hawkins’ pioneering spirit earned her the respect of Floridians, fellow senators and all who worked alongside her.”

She was the first Senator to bring her husband with her to Washington, D.C. This brought an immediate change, transforming the Senate Wives’ Club into the Senate Spouses’ Club. 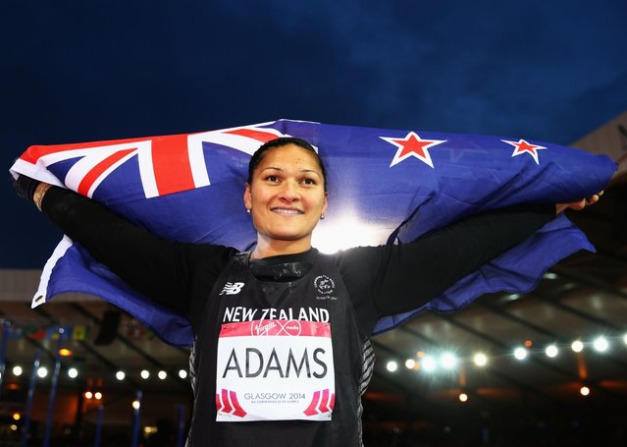 A four-time world champion and Olympic gold medalist, Valeria Adams is not your typical Latter-day Saint. As a 6'4" professional shot putter, she has won world championships and recently received the honor of becoming Dame Companion of the New Zealand Order of Merit.

Elder S. Gifford Nielsen of the Pacific Area Presidency said about this high honor, "This prestigious award honoring Valeria is so well deserved. She is not only an amazing athlete but also a powerful example of goodness and kindness. She knows her mission in life is to use her talent to influence many in a very positive way and this recognition exemplifies that quest."

She also recorded a video for the Church’s 2016 “Light the World" campaign, sharing her testimony of Christ and inviting others to share the video.

"I love Christmas so much. I love spending time with my family, hanging out, having a good old feed like we all like to do, but most importantly I like to remember the birth of our Savior and everything that He has done for us.” 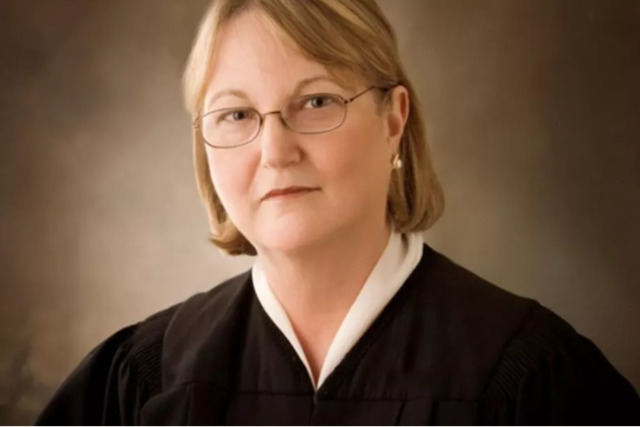 Christine Durham balances her life as a Latter-day Saint mom, wife, and former Utah Supreme Court Justice. She went from being a professor at BYU in 1978 to becoming a judge and later moved on to be elected Chief Justice of Utah’s Supreme Court in 2002, a position she held for 10 years. Though Christine has enjoyed her role as Supreme Court Justice, she deeply values her faith and family.

She said, “the most significant role I have ever played in life—and the one that has been the most significant to my personal growth and development—has been my role as a wife and mother. On the other hand, I never saw any conflict in the performance of that role with also pursuing professional pursuits.”

►You'll also like: 8 LDS Women Who Made Their Mark in U.S Politics 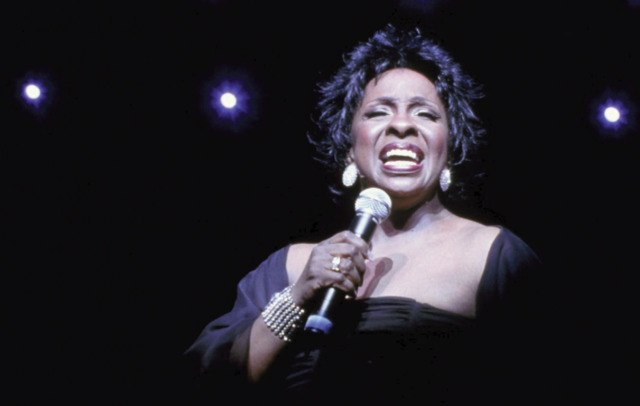 “The culture has been so European for so long, the music reflects it. The way Latter-day Saints react to things is very reserved. African Americans need fire in our bones—music that puts us on our feet or on our knees. To transform to the European way is one of the greatest obstacles to coming to this Church,” she said.

She chose to take her talents in music and form a multi-cultural Latter-day Saint choir that brings cultural fire and energy to traditional hymns, something she had been searching for. The choir, Saints Unified Voices, which is comprised of over 100 Saints, has released two spectacular albums, One Voice and A Christmas Celebration.

►You'll Also Like: How Gladys Knight Became a Latter-day Saint

Mormon Life WomenWomen,Mormon Life
Comments and feedback can be sent to feedback@ldsliving.com