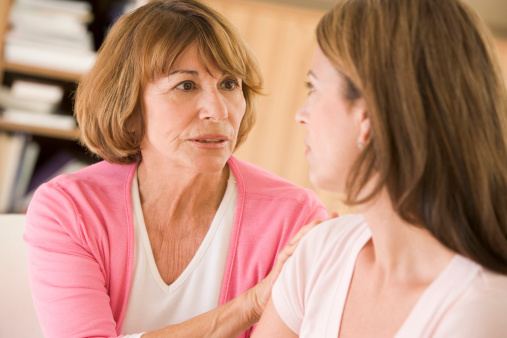 A little while ago I went on a date with a new guy. He was very nice and polite, active in Church, good-looking, and seemed to have a stable job.

“So why don’t you want to marry him?!” my Mom asks later, clearly frustrated by my lackluster report on the night. (Okay, so maybe she didn’t use these exact words, but I know what she meant.)

I tried to calmly explain what was missing, which was that I didn’t feel any sort of connection with the guy. She sighed with disappointment and issued the following pronouncement: “You’re too picky.”

It was not the first time I have heard those words, and it will not be the last. In fact, the older I get, the more I hear it—as if each year that I remain single should be accompanied by a corresponding decline of expectations.

And I get it. I do. Especially in the Mormon community, people who remain single past 35 are this weird anomaly that so many don’t seem to understand. When humans are faced with something we can’t understand, we feel much better if we can attach some kind of explanation to it. I hear the “why is she still single?” question asked and answered enough on behalf of other people that I know people are asking it about me. It is a question I have asked myself and one to which I have a complicated answer. But in my case, being “too picky” is not only inaccurate, but it can be a little insulting, too.

I suspect married people feel like “you’re too picky” is one of the kinder explanations they can give about someone’s persistent singleness. I was once told in an elevator (unprovoked), “You’re pretty; you’ll get married.” (Um, thanks?) So I guess telling me I am too picky is nicer than saying I am not attractive enough to secure a partner. It is much better to subtly communicate that I no longer have the luxury of waiting for someone I really want to marry.

The thing is, I do know some singles that are too picky. An over-obsession with physical perfection or needing someone to fit a very detailed résumé can be damaging. It also stands to reason that as you get older, your pool of eligible candidates gets smaller, and it is not wise to rule people out lightly. But I have worked very hard in my life to make sure I am picky about the right things. I don’t look for or expect perfection, but I can still hold out for someone who might just be perfect for me.

The problem with the “you’re too picky” phrase is when we use it liberally as a generic catchall to explain confusing singleness. No matter their age, all single people have the right to look for someone who is right for them (however they define it). Like it or not, deciding who to marry is not a completely rational decision because feelings are (and should be) involved. No one should have to feel like they are settling on their wedding day. I know many people (married or not) agree with me on this sentiment, and yet, that is not always what our words communicate to each other.

So the next time you are itching to give your single friend some counsel, please take a little advice from me and start by asking questions and learning more about their individual situation. If all else fails, just avoid using the word “picky” altogether. We singles thank you.