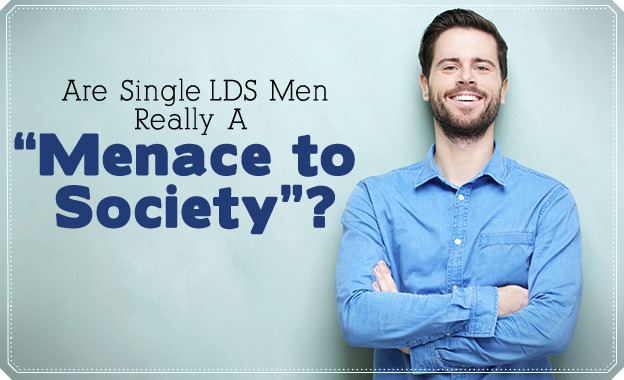 Are Single LDS Men Really A "Menace to Society"? 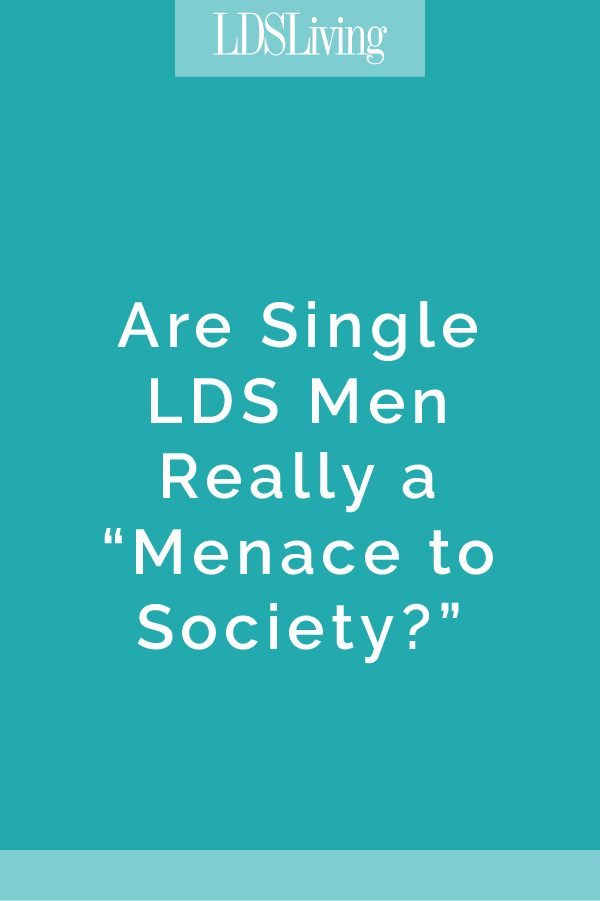 A quick Google search will show that Brigham Young is overwhelmingly credited with some version of the following statement: “Any unmarried man over the age of 27 is a menace to society.” (However, the age in the quote varies from 21 to 27, depending on the website, and sometimes “society” is replaced with “community.”)

The “menace to society” sentiment is one that weighs on many LDS singles. In fact, in a 1996 interview with 60 Minutes, All-Pro quarterback Steve Young used the famous quote in an attempt to describe what it’s like to be a 34-year-old single Mormon: “You want to talk about the pressure I feel? Brigham Young once said . . . that anyone over 27 years of age that’s not married is a menace to society. So here’s my [great-great-great] grandfather telling me to get with it. You don’t think I feel the pressure? I guarantee it.”

A similar quote was jokingly included in the 2002 Mormon comedy The Singles Ward:

“Let me reiterate what Brigham Young said: If you’re 25 years old and unmarried, you’re a menace to society. Just something for everybody to ponder.”

But did Brigham Young really say it?

Check out the following statement made by Ernest Wilkinson, president of Brigham Young University, while speaking at commencement exercises on May 31, 1963:

“Of the men graduating tonight, 62 per cent are married; 38 per cent unmarried. Of the 472 women graduating, 23 per cent are married; 77 per cent single. As to the single men, I need merely to repeat the admonition attributed to Brigham Young, “Every man not married and over twenty-five is a menace to the community.” I asked Dr. Lyman Tyler yesterday if he would document this for me, but he said he had been trying to document it for years; he had given up, so you will have to accept it either on faith, or as apocryphal.”

Bottom line: We can't be sure if Brigham Young said it or not. If he didn't, are single LDS men off the hook? Nope. It appears that a different Church leader made such a statement. In 1878, apostle George Q. Cannon said the following:

“Our boys, when they arrive at years of maturity and can take earn of a wife, should get married, and there should not be a lot of young men growing up in our midst who ought to be, but are not married. While I do not make the remark to apply to individual cases, I am firmly of the opinion that a large number of unmarried men, over the age of twenty-four years, is a dangerous element in any community, and an element upon which society should look with a jealous eye. For every man knowing himself, knows how his fellow-man is constituted; and if men do not marry, they are too apt to do something worse. Then, brethren, encourage our young men to marry, and see that they are furnished employment, so that they can marry” (George Q. Cannon, Annual Conference at Salt Lake City, Sunday morning, April 7, 1878. Reported by George F. Gibbs. Journal of Discourses, vol. 20, p.7).

So there you have it--the history of the "menace to society" myth.

Church leaders continue to express their concern for men who postpone marriage, and rightly so, but I haven't heard any specific age range mentioned for quite some time. Have you? Is it fair to hold today's men to the same marriage time frame as their ancestors?

Even Elder Cannon prefaced his statement with "I do not make the remark to apply to individual cases." Each single LDS man is different, and each one has to decide for himself when he is ready for marriage. So let's be less judgmental and more kind to the single LDS men in our lives. And please stop using the word "menace" to describe valued sons of God.