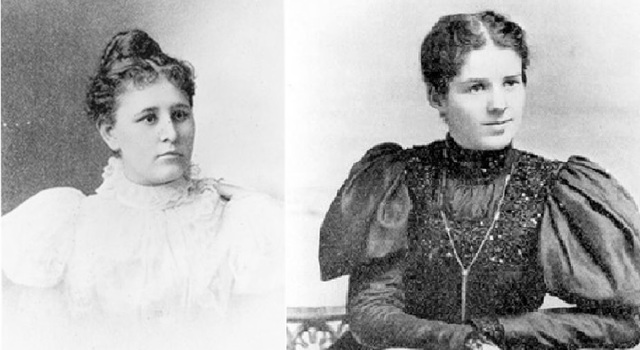 Facing Mobs and Making History: Remarkable Accounts from the First Sister Missionary in the Church

It was a Saturday night on the crowded streets of Oldham, England. Inez Knight and her companion, Lucy Jane (Jennie) Brimhall, along with a group of elders, found a corner on the street and started singing hymns and offering a prayer. As the large crowd stopped and listened, a missionary, Brother McMurrin, announced that the “real live Mormon women” would be speaking the next day.

Knight recorded in her journal that she had a “sickly feeling” when she heard that announcement, nervous at the prospect. The next day, Knight and Brimhall spoke in a hall filled with people. They bore powerful witnesses of the restored gospel and what it was like to be a Mormon woman. But just a few months ago, Knight and Brimhall were recent college graduates planning a summer trip to Europe. They had no way of anticipating how that trip would turn into a mission call, with Knight and Brimhall becoming the first single sister missionaries in the Church.

►You’ll also like: Gerald N. Lund: What 4 Mission Miracles Taught Me About Trials of Our Faith

A Call to Serve

Inez Knight was born on September 8, 1876, in Payson, Utah. She was the fourth child of Jesse and Amanda Knight. In 1889, both Knight and Brimhall graduated from Brigham Young Academy. They planned a trip to sight-see Europe and visit Knight’s brothers and Brimhall’s fiancé, who were serving missions. Just a year earlier, Joseph W. McMurrin, the first counselor in the European Mission presidency, wrote a letter to the presiding authorities of the Church asking them to send some “lady missionaries,” noting “instances in which our sisters gained attention in England where the Elders could scarcely gain a hearing.” Several other mission presidents in the United States had also asked for sister missionaries to help break down the deep prejudices against the Church—including myths that Mormon women were mindless slaves and the missionaries were in England to secretly recruit plural wives.

President George Q. Cannon announced in the April 1898 general conference, “It has been decided to call some of our wise and prudent women into the missionary field . . . . Our sisters can bear testimony; they can teach; they can distribute tracts, and they can do a great many things that would assist in the propagation of the Gospel of the Lord Jesus Christ.” For the first time, the Church authorized single sister missionaries with certificates to preach the gospel.

Under this climate, Brimhall’s bishop, J.B. Keeler, proposed an idea to Knight and Brimhall to turn their European trip into a call to serve the Lord. Brimhall replied she would serve if asked. Keeler later wrote a letter to President Wilford Woodruff with the proposal, and soon after, Knight and Brimhall were set apart by Edward Patridge on April 1, 1898, to serve a proselytizing mission in Great Britain, according to the Church History website. The next day, Knight and Brimhall left with a group of elders on a long journey to Liverpool. In Knight’s journal, she wrote that she “cried between Provo and Springville but after that was quite reconciled.”

Knight and Brimhall did not submit papers for a mission call and there was no formal training or instruction in regard to sister missionary work, but their adventure set a precedent for future single sister missionaries who would be called to serve. 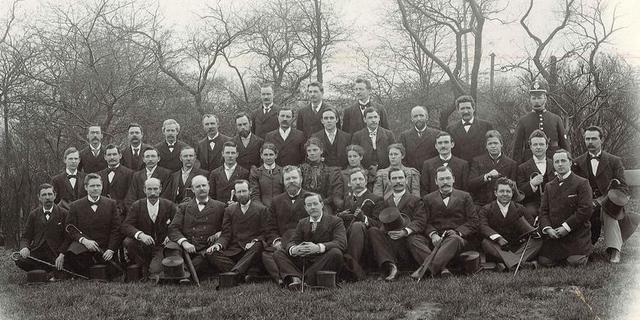 Knight and Brimhall arrived in Great Britain on April 21, 1898. Their mission president appointed them to their first area in Cheltenham. After Knight and Brimhall had their first street meeting and encountered their first nonmember audiences, Knight wrote in her journal that night, “Most of the Elders wear tall silk hats and good black clothes and as they stood like brave soldiers on the street that night, and different young men in all humility and yet with intelligence told the people Gospel truths, I was never prouder to know that I was numbered with the L.D. Saints.”

According to lds.org, during that time in Great Britain, anti-Mormon sentiment was strong and missionaries often encountered confrontations. Knight recorded in her journal, “My first day at that was in Bristol. At three houses they took my tract and spoke civilly to me, but at the fourth, a woman asked me who I was, and learning that I was a Latter-day Saint, she said, ‘You don’t know as much about them as I do, or you would not carry their trash around.’ I told her I had lived among them all my life and ought to know. She then asked me if I knew Mary ________. I answered no. ‘Well then you’re a liar; you either did not come from Utah or else you know her because Mormon Elders took her out six years ago.’ She followed me to each gate through the street, to inform them at each house who I was.”

By January 1899, trouble increased for missionaries in Bristol. One night, when Knight and her second companion, Sister Liza Chipman, were to meet a family for an appointment, the Anti-Mormon League gathered on the street and shouted and hurled stones and trash at them. The mission president asked an elder to escort the sisters to their apartment.

“We escaped being hurt, save in our feelings, though our clothing was badly soiled and our hats were somewhat crumpled. The noise made by our pursuers drew people out of shops and buildings for some distance ahead of us, and as we at home stand to view a circus parade, so they watched us pass along, all save one man who accompanied us most of the way, endeavoring to protect us. About five minutes before we reached the police station we met Brothers James and Haddock, with three policemen, who at once stepped between us and the crowd, which, however, had so increased by this time that it was impossible to turn them back. Arriving at the station, we were at once hurried into a back room, and after waiting there about an hour (in which time some tears were shed and a Gospel conversation held) the chief of police took us out of the rear entrance and saw us safe home” (Whitney, History of Utah, 4:612).

However, the Anti-Mormon League was not the only difficulty Knight had to overcome. Like many new missionaries, Knight was terrified by public speaking. But Church leaders often invited Knight to speak in public to dispel popular myths about Mormon women. “Public speaking I knew would try me, but tracting I had an idea would be very easy,” Knight wrote in her journal. “Attended and spoke in the street meeting. Regular cottage meeting we took part in. Still, it seemed to me I was worse frightened every time I was called upon to talk. Oh those fearful trembling feelings I shall never forget if I ever am free from them.”

In Knight’s journal, she often mentioned the anxiety and inadequacy she felt serving a mission. As she progressed further in her mission, she became better at acting in spite of her fear. She noted a meeting in the fall of 1898 in her journal when most of the elders were being ignored by the crowd. “So we sang again . . . the announcement that we were L.D.S or Mormons & that a sister would speak drew a crowd & I talked about 15 minutes to an eager crowd. Crowd anxious for tracts.”

In a letter to the Deseret Evening News, missionary Joseph S. Broadbent praised the work of the sister missionaries. “Sisters Jennie Brimhall and Inez Knight, both of Provo, Utah, each spoke at some length on Utah and her people and bore strong testimonies on the restoration of the Gospel and the divine mission of Joseph Smith. There were about 800 people present and a pin could be heard drop.” His letter continued, “We believe that much good will come to the mission form the presence here of the sisters from Utah. The work in this part is growing very rapidly; two years ago the Manchester conference was one of the weakest in England, and now is the leading one.”

According to lds.org, Brimhall returned home in November 1898 after seven months of service due to health problems. After Brimhall's return home, Knight was accompanied by other sister missionaries or would serve by herself. Being a single sister, Knight wrote in her journal, “We attended Priesthood meeting at which I was the only girl. I felt more conspicuous by the elders beginning their remarks; ‘My brethren and sister.’”

Although suffering from persecutions and anxiety on her mission, Knight often recorded the warm friendship and welcome she received from the local saints. “We went to stay all night with a sister who slept on the floor to give us a bed. I am always uncomfortable when I know people are inconvenienced, on my account. I could not enjoy my breakfast next morning because two hungry children could not have what we did but had only dry bread and cheese” (Missionary Journal, p. 137).

When Knight’s mission president, President Lyman, asked the sisters about their release, Knight responded, “Sister C. (Chipman) and I are both willing to remain until the Lord calls us home.” Knight served for a total of 26 months. She returned home on May 19, 1900, and was married to Robert Eugene Allen in the Salt Lake Temple in 1902. Knight remained active in the Church after her release. She served as the president of her stake Relief Society and on the General Board of the Relief Society. She was also involved in the Red Cross and was elected to the National Women’s Democratic Committee in 1928. Her mission continued as she became a mother to five sons.

“One thing remains the same with me that is the fear and trembling which accompanies our work," Inez wrote in a letter to the Young Woman’s Journal printed in April 1899. "The Lord is abundantly blessing us in our labors, and although we do not always have clear sailing . . . yet we rejoice in the work."

►You’ll also like: 5 Talks That Helped Me on My Mission (And Could Help Your Missionary, Too)