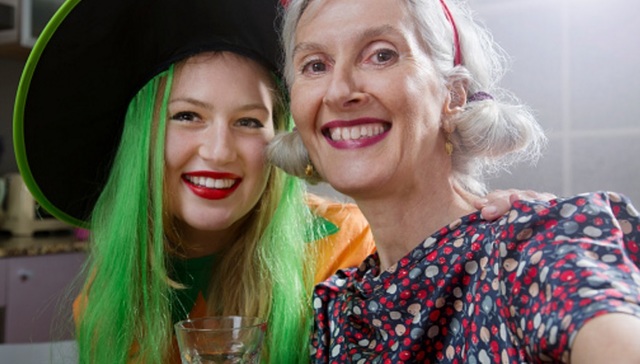 No, Modesty Shouldn’t Take a Break on Halloween

What is it about Halloween that makes people feel okay about showing more skin than usual?

I love dressing up for Halloween, and as an LDS mid single, there are plenty of parties and dances to attend in costume. But I’ve noticed that a lot of LDS adults, many of whom have received their temple endowment, wear costumes that show a lot of skin and fall short of modesty standards.

I’m not suggesting this only happens with the mid singles crowd, but I suspect it’s more common among single Church members than married ones. In fact, a single 20-something woman—a returned missionary—recently told a friend, “I’m modest for 364 days a year. This is my day to look sexy.” And she’s not alone.

I know many women who forego temple garments so they can wear a costume to impress the men by showing off their bodies  (which can make the women in modest costumes look somewhat frumpy by comparison). And many men do the same thing—taking Halloween as an opportunity to show off their muscles by going shirtless or even sans pants if they’re trying to be funny (smiley face boxers, anyone?). Because immodest costumes are common enough among LDS adults, my friends and I sometimes refer to Halloween as "Mormon Mardi Gras." Let’s face it, with so many plunging necklines, short skirts, and rippling muscles, there’s a different vibe at such get-togethers.

Some of the people who choose to make Halloween an exception to their usual dress standards tell me it's because it's a costume for a specific occasion, much like someone wears a swimsuit at the beach or a dancer wears a costume for a stage performance. But isn't this line of thinking is a slippery slope? After all, it can be pretty easy to rationalize an exception to the rule. I mean, with the holidays coming up, I might want to attend a black-tie New Year's Eve party. It can be difficult to find a modest formal gown, so if I fall in love with a beautiful strapless dress, couldn't I just consider this special event another exception?

As a mother, I also worry about sending mixed messages to my children. I can't emphasize the importance of modesty only for them to see me waltzing out the door in a skimpy nurse costume. What do the youth think when they see parents or other adult Church members making such compromises? (In this age of Instagram, Facebook, Snapchat, and Twitter, you know they will see photos.)

Everyone should be able to have fun on Halloween. But in my opinion, modesty should not take a holiday.