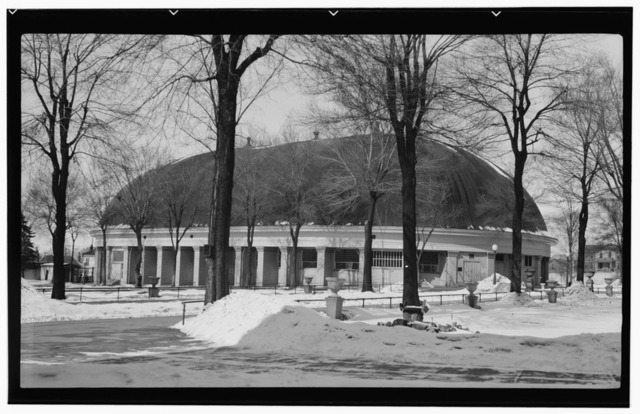 10 Things We Don't Do in Conference Anymore

Every April and October, the Mormon community knows what time it is: conference time. But it didn’t start out that way. For the first several years of the Church, a conference could be called at any time, usually when the Prophet Joseph Smith had business to discuss, problems to solve, or new revelations to announce. As conferences became more regular and Church membership grew, however, the purpose and practice of conference became more defined to the two-day spiritual feast it is today. Here are a few things that have been done during conference over the years, but that we no longer do nowadays.

Confirming members of the Church is now done on a local level—otherwise we imagine a good part of conference would be spent on this! In addition to confirming members, conference attendees would also vote to ratify newly announced revelations. This set the framework for our current method of “common consent” voting. For example, it was at a conference gathering that members voted for the Book of Commandments to be published. April 1844 marks the turning point of conferences from business meetings to instructional ones.

One of the purposes of early conferences was to unify and organize the Saints. One of the ways it did that was by settling member disputes and moral transgressions, including disfellowshipping, excommunicating, and hopefully future reinstating. Eventually, a separate Church court evolved to take care of both these secular and religious concerns.

Bowery (right) that housed the first general conference in the Salt Lake Valley in 1848. Photo from lds.org

Not only did early Church members attend conference not knowing who would be called to settle a new area or go on a mission, but they did so earlier in the year than we currently do. By holding conference in September, it allowed missionaries called from the pulpit to have time to leave before the winter storms closed mountain passes.

Once conference began to be more consistent, at least a few sessions took place on April 6th, no matter what day of the week it was. Before that, conferences were simply called when needed, no matter the month or day. The first consistent pattern of conference every six months, in April and October, is traced back to around 1840.

6. Hear from Speakers Other than the General Authorities or General Officers

Past speakers at general conference have included stake and mission presidents, as well as representatives of the United States and Boy Scouts of America. Even the chief of staff of the United States Army has had time at the pulpit during conference. Now we can expect to hear only from general authorities and auxiliaries.

The last conference in the Tabernacle in October 1999. Photo from Deseret News by Jeffrey D. Allred

Before the Conference Center was built, general conferences were hosted in many other places. Early on they were in Fayette, New York; Kirtland, Ohio; and Council Bluffs, Iowa, while later ones were held in places like Logan and Provo, Utah. One special conference in 1893 was even held in the Salt Lake Temple so the building could be dedicated. The place many people remember conference being held in, however, is the Salt Lake Tabernacle, which hosted general conference from 1867 to 2000.

Starting in 1908, an auditing committee began reporting on the Church's financial matters. Included in the report was usually the amount of money spent on individual categories such as maintenance and building cost of temples or Church schools, as well as the amount paid to the poor out of tithing and other funds. By April 1959, the Church no longer accounted for specific expenditures but began giving the more generalized audit of numbers of stakes, missionaries, and temples we currently hear every April.

Photo of Temple Square in 1937 from Salt Lake Tribune Archives

For most of conference history, sessions lasted for three days, and some sessions were devoted to specific topics. In 1867, members even voted to extend the conference to four days for a short time. By April 1977, however, the practice of a two-day conference over Saturday and Sunday was started.

10. Have Speakers Talk Without Prepared Notes or Time Limits

In early conferences, speakers relied on divine inspiration to guide their remarks. Attendees stayed in their seats until the speakers had said everything they wanted to say—whether that meant five minutes or an hour and five minutes. When conference began being broadcast on television, time limits became necessary so that station breaks would not interrupt a speaker.