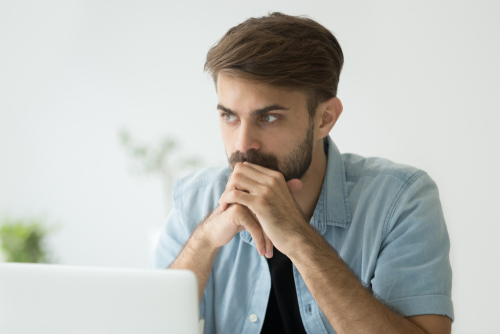 The end of the Book of Mormon contains one of the most gruesome scenes in all of recorded scripture. If you think I’m talking about the events at Cumorah where about a quarter-million Nephites are massacred, think again.

Sometime prior to that event, Mormon writes a letter to his son Moroni detailing the status of the war in his location. Mormon reports how the Lamanites are imprisoning many Nephite families. They are killing the fathers and starving the mothers and children. Well, they aren’t exactly starving them entirely—they’re feeding the mothers and children on the flesh of their dead husbands and fathers. Now, I’m not trying to be coy, but if you think this is the “most gruesome scene” I referred to earlier, think again.

Mormon then tells his son that the Nephites are behaving even worse than the Lamanites. He explains how the Nephites have captured many Lamanite young women. What follows is completely revolting. After capture, the Nephites forcibly rape the young women, torture them alive, ultimately kill them, and then eat their raw flesh. Mormon says the Nephites do it “for a token of bravery” (Moroni 9:10).

Every once in a while, in our modern society, we come across an extremely depraved individual who might engage in behavior similar to these Nephite men. But these people are branded as serial killers and psychopaths and every effort is made to bring them to justice as their behavior is condemned. Society speaks of them with disdain and horror. We do not high five each other like the Nephites did when engaging in similar atrocities. Fortunately, our civilization has not yet reached the pinnacle of Nephite degradation where rape, murder, and cannibalism were evidently celebrated.

A Step in the Wrong Direction

Many years ago, I was asked to speak to a group of young men regarding the dangers of pornography. As a huge fan of the Book of Mormon, I wanted to include truths from that great text. My mind immediately went to Moroni 9 and the events from Nephite history just referenced. As I sat with these boys, I told them of Mormon’s account. They squirmed with disgust and remarked how horrible these people must have been to have engaged in such behavior. I then explained how these Nephites didn’t start out as such disgusting people. They weren’t natural born psychopaths with a taste for human flesh. They were at the end of a road that started with much more simple and innocuous decisions. “You know where that road ends,” I said to them. “That road ends with those horrible behaviors Mormon described. Do you want to know where that road begins?” They looked at me with anticipation. “It begins with looking at pornography.” The look of shock that came across their faces was amazing.

I went on to explain that those who voluntarily look at pornography are not on the high road to becoming the next serial killer. However, I was clear that no one gets to the point where they can rape and murder without first losing all sensitivity for human life and dignity. The victims of these Nephite men were not seen by them as daughters of God or even daughters at all; they were slabs of meat for their entertainment. I don’t feel guilty about cutting into a 2x4 when mending my fence, because that piece of wood is simply an object. As those daughters of God became objects to the debauched Nephites, they had no guilt when harming them either. It is a horrible, horrible end that can begin with a lingering look at a lingerie catalog. Please don’t misunderstand. I’m not suggesting that pornography use will ultimately lead to sociopathy. Yet, if we somehow believe that pornography use is innocuous or harmless, then we are deceived.

Alma taught that “by small and simple things are great things brought to pass” (Alma 37:6). If Satan has a handbook of instruction for his minions, which he probably does, I am certain he has a similar teaching. His twisted reference would read something like, “by small and simple things is great evil brought to pass.” Years prior to this scripture story, those poor, wretched Nephites who found themselves celebrating murder were probably simple, honest boys who could have never imagined their disgusting future. I imagine that Satan didn’t invite them to go from honest to horrible in one decision. He probably simply asked them to take a single step upon his dark path. One step led to another, which eventually ended in them committing murder and mayhem and labeling it as being brave. Through a pattern of successive approximations, with moral agency being surrendered bit by bit, the adversary was able to get them to choose evil so wicked that it makes society shudder.

Pornography is a powerful wave of filth that grows in size and scope on a daily basis. Reportedly, 30 percent of Internet traffic is pornographic material. Because of insatiable worldwide demand, it is not likely to go away anytime soon. So what can be done? Fortunately, we are not at the mercies of the Internet or the prevailing opinions of society. Even if one-third of cyberspace is filled with garbage, we do not have to invite it into our homes and minds. There are good Internet filters out there, and parents and individuals have many strategies to prevent exposure to pornography. Yet the best and most enduring solution is to kill the desire for such material. Remove the demand and the supply will inevitably dry up. We cannot likely kill the global desire for pornography, but we can certainly attempt to kill that desire in ourselves and with those we love. Here are some suggestions of how that can be done:

Often times when we talk about pornography consumption, we use words like “addiction.” Some have even talked about certain addictions being “diseases.” I have studied human behavior for the past two decades and have heard most of the arguments regarding disease and addiction. I have one fundamental problem with all of them: These models presume a certain level of powerlessness in the afflicted individual. Assuming we are powerless because of addictive behavior or disease tends to lead to the surrender of our moral agency. We say, “There’s really nothing I can do about this because I am addicted or diseased.” I emphatically disagree with this idea. It promotes inaction and hopelessness. Lehi teaches, “And the Messiah cometh in the fulness of time, that he may redeem the children of men from the fall. And because that they are redeemed from the fall they have become free forever, knowing good from evil; to act for themselves and not to be acted upon” (2 Nephi 2:26, emphasis added).

Satan tries to convince us we are truly powerless in order to spur us to hopelessness and inaction. While it is true that personal choices can temporarily rob us of portions of our agency, we are never truly powerless. We always have the power to reach out for heavenly help, even in our darkest moments, and partner with the Savior. Not only is it true that we are never truly powerless, it is equally true that we can never conquer sin on our own. We must exercise our agency to choose righteousness and rely on the mercies of the Redeemer as we overcome addictive tendencies. We have the power to overcome addiction; never choose to believe anything to the contrary. If you are feeling hopeless and truly powerless, here are three things you can do to change your experience:

1) Every day, do something intentional that will bring you closer to God.

2) Every day, acknowledge in prayer that you need God’s help to overcome addiction but promise you’ll do your part as well.

3) Every day, make an active choice that you will strive to keep your covenants, regardless of whether you succeed or fail. First choose to try, then do your best.

Recognize the value of women

One of the strongest weapons against pornography is to recognize the eternal and significant value of women. Prophets have remarked that it was only after the formation of woman that the work of this world’s creation was complete. She was designed to be equal to man yet with differing and complementary abilities. Many years prior to the demise of the Nephite civilization, the Nephite men were chastised by Jacob for immorality and extramarital affairs. Jacob contrasted these lecherous brethren with their Lamanite counterparts: “Behold, [the Lamanite] husbands love their wives, and their wives love their husbands” (Jacob 3:7). Because of the love and respect the Lamanite men had for their wives, they had not fallen into the same patterns of immorality that the Nephites had. Imagine if men everywhere started to see women as God sees them. Whereas society often portrays women as sexual creatures, our Father in Heaven sees them as beings of eternal potential, foreordained to be like Him some day. Over many decades, Satan has degraded the role of women to the point where pornography has become accepted and even desirable to many. Yet as we begin to see women as God sees them, pornography will become less and less appealing. Each of us can fight Satan’s efforts through small and simple acts and cultivate an accurate, godlike perception of the true value of women. Brethren, I speak primarily to you as pornography tends to be more frequently consumed by men than women, but if you are a woman struggling with pornography, know that you’re not alone and that some of these same principles and ideas also apply to you! Here are three things you can do to elevate the value of women in your life:

2) Every day, thank Heavenly Father in prayer for specific women who have influenced you for good.

These little acts, done consistently over the course of weeks and months and years, will have a significant impact on the way you view and treat women. Perhaps we will never be able to entirely eliminate the scourge of pornography. But I believe we can eliminate it from our personal lives through small and simple means as we choose to act and learn to see women for the majestic and noble people they are. God bless you with the willingness and power to do so.