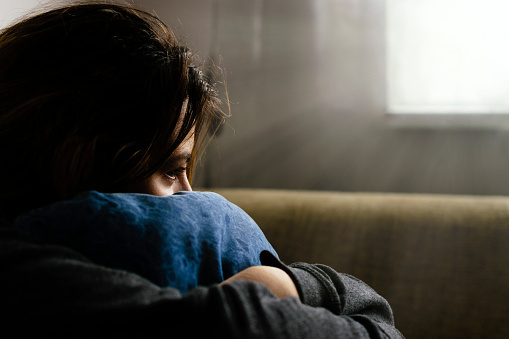 What the Church Has Said About Suicide: Comforting Answers from Church Leaders

Editor's note: The following article contains an account of suicide.

Suicide—there are no words to describe the pain behind this word, especially for the friends and family members of those who take their own life.

Suicide is listed as the 10th leading cause of death in the U.S., according to afsp.org, and is a global health issue. Too many "suicide survivors," meaning those who have had a loved one commit suicide, have experienced this painful aftermath firsthand.

And with that pain comes the anguish of questions like "Is suicide a sin?" "Where is my loved one now?" and "What more could I have done?"

But as Latter-day Saints, we have a gospel that brings peace and hope to those searching for answers to these questions. Here's what the Church has said about members who commit suicide and the resources it has provided for suicide survivors.

Is suicide a sin?

While the first part, "thou shalt not kill," is a familiar commandment, the extension, "like unto it," encompasses "a variety of life-threatening behaviors that suicidologists identify as suicide equivalents," according to eom.byu.edu.

However, our Heavenly Father understands the complexities, challenges, and trials that come with mortality and their effect on our minds and souls.

President Kimball knew the devasting anguish that can exist in the minds of those who commit suicide, often driving them to choices they would have never considered making. In his book The Miracle of Forgiveness, President Kimball shared a personal account of such an instance.

"A minister acquaintance of mine, whom I knew rather well, was found by his wife hanging in the attic from the rafters. His thoughts had taken his life. He had become morose and despondent for two or more years. Certainly he had not come to suicide in a moment, for he had been a happy, pleasant person as I had known him. It must have been a long decline, ever steeper, controllable by him at first and perhaps out of hand as he neared the end of the trail. No one in his 'right mind,' and especially if he has an understanding of the gospel, will permit himself to arrive at this 'point of no return,'"(Spencer W. Kimball, "The Miracle of Forgiveness, pg. 157).

While no circumstances surrounding suicide are exactly the same, with factors from chemical imbalances to mental illness to genetics to take into account, they can share one commonality.

"The suicidal person has a distorted view of their world," Jeffrey Jackson writes in his handbook SOS: A Handbook for Suicide Survivors. "Problems that seem solvable to us seem impossible to them. Pain is amplified beyond reason and death appears to offer the only possible relief."

As President M. Russell Ballard explained in "Suicide: Some Things We Know, and Some We Do Not,"

"Obviously, we do not know the full circumstances surrounding every suicide. Only the Lord knows all the details, and he it is who will judge our actions here on earth. . . .

"'While one portion of the human race is judging and condemning the other without mercy, the Great Parent of the universe looks upon the whole of the human family with a fatherly care and paternal regard. . . . He is a wise Lawgiver, and will judge all men, not according to the narrow, contracted notions of men, but, ‘according to the deeds done in the body whether they be good or evil.'"

Where is my loved one now?

Suicide is simply too complex an issue for us to judge, nor should we ever attempt to judge, someone who has committed suicide.

On this point, the Church'sHandbook 2is explicitly clear: ". . . a person who commits suicide may not be responsible for his or her acts. Only God can judge such a matter." In fact, those who commit suicide are treated no differently than other Church members concerning their burial, including the right to be buried in temple clothing.

"Suicide consists in the voluntary and intentional taking of one’s own life, particularly where the person involved is accountable and has a sound mind. … Persons subject to great stresses may lose control of themselves and become mentally clouded to the point that they are no longer accountable for their acts. Such are not to be condemned for taking their own lives. It should also be remembered that judgment is the Lord’s; he knows the thoughts, intents, and abilities of men; and he in his infinite wisdom will make all things right in due course" (Elder Bruce R. McConkie, Mormon Doctrine, p. 771).

This means whatever factors contributed to suicide, God will take into account. In his 1987 Ensign article "Suicide: Some Things We Know, and Some We Do Not," President M. Russell Ballard also shared a few insights as to how God will judge those who commit suicide:

"I feel that judgment for sin is not always as cut-and-dried as some of us seem to think. The Lord said, 'Thou shalt not kill.' Does that mean that every person who kills will be condemned, no matter the circumstances?. . .

“When he does judge us, I feel he will take all things into consideration: our genetic and chemical makeup, our mental state, our intellectual capacity, the teachings we have received, the traditions of our fathers, our health, and so forth” (President M. Russell Ballard, “Suicide: Some Things We Know, and Some We Do Not,” Ensign, Oct. 1987).

Though some Church members have perpetuated the belief that all those commit suicide will eventually reside in the telestial kingdom forever, there are no definitive Church statements to support this teaching.

And though no one commits suicide under the same circumstances, we can say with confidence that God will judge everyone fairly and take into consideration individual circumstances.

What more could I have done?

After facing the indescribable grief that comes when a loved one commits suicide, there often follows the crushing weight of the question "What more could I have done to prevent this?"

As Elder Ballard said in his 1987 Ensign article, “The act of taking one’s life is truly a tragedy because this single act leaves so many victims: first the one who dies, then the dozens of others—family and friends—who are left behind, some to face years of deep pain and confusion.”

While many feel intense guilt after the suicide of a loved one and a feeling that they could have done more, the Church has resources that provide comfort and peace.

"Sadly, despite your best efforts, suicide is not always preventable," the Church's website "Suicide Prevention and Ministering," reads. "Guilt seems to be an emotion universal to all who are left behind after a loved one’s suicide, and overcoming it might be your greatest obstacle on the path to healing. You are not responsible for your loved one’s choice to end their life."

To help suicide survivors after the loss of loved ones, the American Foundation for Suicide Prevention suggests survivors 1) take care of themselves, 2) find support groups in their area, 3). consider learning about suicide and suicide loss to help frame their loss and grief.

They also suggest not waiting to tell children the truth by using age-appropriate and maturity-appropriate ways to describe what happened, avoiding graphic details.

"If a child does not have the whole picture, they will try to fill in the gaps with guesses—and what they imagine may be more upsetting than the truth," according to afsp.org.

For those who continue to feel the crushing weight of loss, there is hope as well.

"How you cope with this tragedy will greatly influence your overall mental health and spiritual well-being. Remember, the Savior has promised that you can find the peace that 'passeth all understanding' (Philippians 4:7) as you seek His help in your grieving process," according to "Suicide Prevention and Ministering." "Prayerfully consider and use the resources around you. Examples include seeking priesthood blessings, attending the temple, counseling with your bishop or a mental health professional, attending a support group for survivors, reading good books, and practicing relaxation techniques."

If the pain left after a loved one's suicide seems too much to bear, there are free resources like the National Suicide Prevention Lifeline: 1-800-273-8255 or the Crisis Text Line  (text TALK to 741741 to get in touch with a trained crisis counselor).

“Are You Feeling Suicidal? How to Deal with Suicidal Thoughts and Feelings and Overcome the Pain,” HelpGuide.org

“How Can You Help Yourself?” National Suicide Prevention Lifeline

Suicide is an unspeakable tragedy. For those who are suicide survivors, there are many questions and challenges you will face. But know you are not alone. There are resources of hope and comfort within and outside the Church, and your Savior and Heavenly Father understand your pain, love you, and can provide strength. Fortunately, we know that the ultimate decision concerning another's eternity is left to our Heavenly Father, who is both merciful and fair. And all have access to the power and the eternal nature of the Atonement, including our loved ones who have passed on. 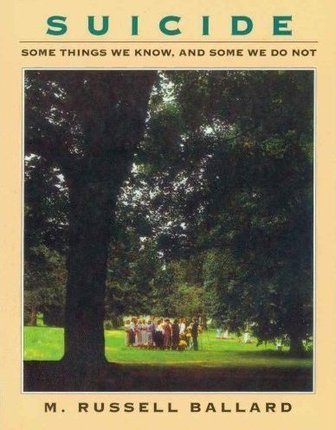 One of the most helpful discussions on the delicate subject of suicide was first published in the October 1987 Ensign in an article entitled "Suicide: Some Things We Know, and Some We Do Not." Now adapted into book form, this message gives help and provides hope to those who have felt the sting when a loved one or friend takes his or her own life. Elder Ballard's message is one of comfort and compassion. The reassurance that the Lord offers us indicates that even in such circumstances all is not lost. Says Elder Ballard, "As I think about the worry and agony of those whose loved one has taken his or her own life, I find deep comfort and faith in the Lord's promise and blessing to us who remain in mortality: 'Peace I leave with you, my peace I give unto you: not as the world giveth, give I unto you. Let not your heart be troubled, neither let it be afraid.'" (John 14:27). This book can be a great comfort to someone struggling with the tragic loss of someone dear.