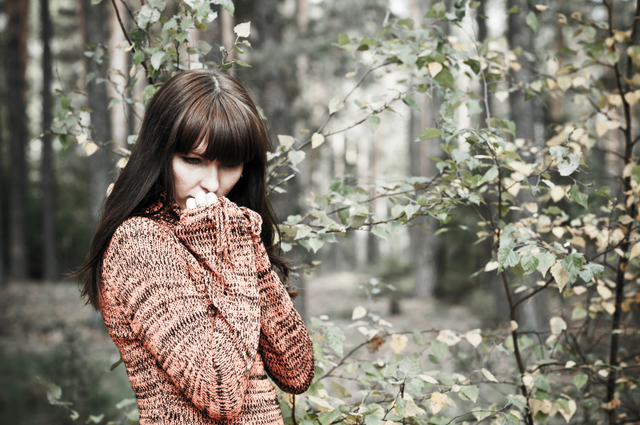 When a Loved One Leaves the Church: 4 Mistakes to Avoid

A few years ago, I sent my daughter off to college at BYU with high hopes for her future. She was definitely active in the church when she left home, and she appeared willing to participate going forward. She seemed to love the gospel…enough. But when she transferred to another college a few years later, she simply never found her way to her new congregation. She quit attending church, and she didn’t seem to miss it.

I figured this was temporary and could easily be set right if I could just figure out the right process to set in motion. I tried everything I could think of. I called her every Sunday morning, but the phone would ring and ring. I tried calling her friends to take her, but they were having their own struggles. I tried taking her there myself, but I lived across the country, so was not a good long-term solution. I sent her articles. I talked to her. I called her bishop, but he said there were quite a few just like her on their rolls. I worried. I prayed. And I began to grieve.

At first, it was so difficult to accept this was happening. I was just NOT ready to believe that this was our new reality. I did not appreciate that she was stretching her wings or testing her faith. I just wanted her back. I could barely think or talk about anything else to anyone. I was a walking mess of emotion and misery, and nearly every quiet moment was filled with anxiety and hand wringing over my daughter's actions. She was 2000 miles away, but she was always on my mind. When I would get into a car and start thinking about her, tears would start pouring out of my eyes, and I could not seem to get the perspective and peace I so wanted and needed.

To cope, I sought out friends to talk to, and had many conversations with others in similar situations.  I was lucky to find people who had very helpful things to say. They shared ideas that had worked for them, and eventually my pain abated. It was such a relief for me to finally be able to feel some peace that I decided to write down what I learned. I began to feel the need to write a book (my first) on the topic of how people could find peace in this situation. I knew that there were almost no books on this topic, and it seemed like this effort might help others in my shoes.

In the process, I learned some important lessons about common mistakes people make after a loved one leaves the LDS faith.  I learned that there are lots of ways to make things worse, but that these mistakes could be avoided.

Mistake #1: Preach to the one who has left

The first mistake people make is to try preaching the person back into the fold. Everyone loves a bit of good advice, right? Unfortunately, that’s not always true. It can be tough to keep our mouths closed when we feel we know what someone should be doing. But if you were in their shoes, would you want to hear their condemnation? I soon learned that bringing up a long list of what I thought my daughter was doing wrong was not helpful at all. It’s very likely the words you wish you could say are already ringing in their ears. Instead, this may be the time to love and accept where they are in their journey, and talk about other safer topics – like pets, kids, or family events.

Mistake #2: Assume blame for their choices

Right after someone leaves, it can be especially challenging for parents not to blame themselves. They recall every parenting mistake and every missed opportunity to show kids the right path. But children often go their own way regardless of parents’ actions. Don’t punish yourself. It’s not your fault. It helped me a lot to remember that I was in good company with some impressive families from scripture – like Adam and Eve, Lehi and Sarah, and even God himself.  We would never blame God for HIS children’s choices. Do we really need to blame ourselves? Of course we maybe could have done some things better, but were we doing the best we knew and could at the time? Probably. Thankfully, our scriptures are full of examples of people who aren’t perfect. Our children have their own agency and the risk that they will leave is just part of the parenting package. We don’t get to take credit for all their good choices – so why are we trying to take blame for the choices we don’t love?

Some families decide it’s too difficult to even discuss religion if a family member no longer shares the same beliefs. This, too, can be a mistake. When church is such a huge part of your life, it’s not necessarily healthy to wall that off. Instead, look for moments of beauty in your religious experiences that are safe enough to share. Can you bring your family member into the conversation in ways that both of you feel comfortable and respected?  While this may take time, it is well worth the effort. One father explained that his son used to take pot shots at his faith, but as time went by, both of them learned that religion did not need to be a sticking point between them. The trick for the father was to learn not to be defensive, and to share the right kinds of experiences. Both of them had to learn to listen. After years of misunderstanding, the son now asks his father about his religious experiences, and he even attends church on special family occasions.

Consider your motivation for discussing religion. Are you still trying to convert your loved one back to the church? Problems can arise when people talk about religion with the agenda of changing someone’s mind. What works better is if you simply share what is going on for you in your life, with no ulterior motives to reconvert. I now look forward to telling my daughter inspiring stories from church about non-threatening topics like service and love, or about people who experience divine intervention in their lives. Fortunately for me, my daughter doesn’t seem to mind hearing just a few spiritual stories during our conversations, and I am always happy to pass along a small dose of spirituality – which she now doesn’t get in other places. She is generous enough to be interested in what is going on in my life, and we have both learned that this is not about bringing her back to the gospel, but just staying close.

But if there is a history of pain on the topic of religion, getting to this point may take some time. In that case, be patient. Healing will happen.

Mistake #4: Quit speaking to them

There are lots of reasons families might want to quit talking to the family member who has quit coming to church. One woman explained that she had no idea what to say to her brother after he left, so she simply quit communicating. Sometimes people stop inviting wanderers to family gatherings because they disapprove of their lifestyle. At other times, people may be afraid of confrontation over topics that are near and dear to their hearts. They don’t want to know the details, because discussion of these topics feels threatening and painful. But withdrawing can look a lot like rejection. Some wise advice from President Spencer W. Kimball’s wife, Camilla, was to “preserve the relationship” with family whenever possible.

Jesus showed us a remarkable example of love and acceptance of people who did not live gospel teachings (see John 8).  It may be time to accept this new reality. It may be time to reach out and hear the stories of pain that have drawn our loved ones away, to listen with an open heart, and resist the urge to respond from a place of anger. The essence of love and religion is finding a way to embrace a person no matter what choices they make. What better way to practice this than by holding on to our loved ones? As we come to realize that God loves them more than we ever can or will, we can also recognize that our job now is to just love them, no matter what.

For more on this topic, check out Robin Zenger Baker's book Finding Peace When a Child Chooses Another Path or Robert L. Millet's When A Child Wanders.

Robin Zenger Baker has been lucky enough to raise four wonderful children with her husband, Rich, in the Boston area.  She has degrees in Organizational Behavior and psychology from BYU, Stanford and UCLA. She currently works with families in crisis as part of her Marriage and Family Therapy program at UMass Boston. She has spent many hours doing volunteer work with inner city teens prodding them to prepare for and get into college. She has written for the Ensign magazine, and other publications in the field of Organizational Behavior and leadership. For fun, she enjoys boogie boarding, bird watching, and savoring every moment she can get with her adorable first granddaughter.