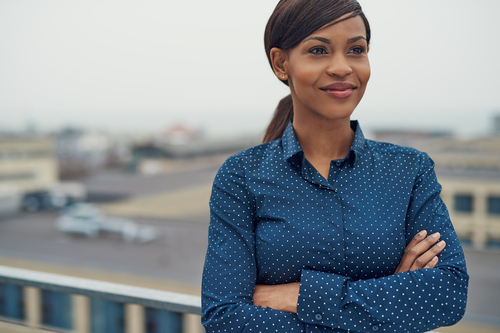 Have you ever gone to your favorite restaurant and made your order from a secret menu, one that is not published or advertised, but that will be honored upon request?

I remember the first time I learned from friends that In-N-Out Burger had a secret menu—that a patron was not bound to only get what was visibly on the menu. I was incredulous at first. Why would this restaurant not tell me what is possible? Why would they let me request something different than what was advertised?

Upon reflection, I’ve learned that I brought this same unquestioning attitude to life. I thought that I simply had to take what was given me in life, no questions asked.

Once I understood the principle that there was a secret menu, I realized that I didn’t have to take my life as given, that I could question, ask, and imagine different scenarios than were presented to me.

I learned the principle, “If you never ask, the answer is always no.”

We hear repeatedly in the scriptures, “Ask and ye shall receive. Knock and it shall be opened unto you.” I wonder how many of us read the scriptures but don’t always believe them (meaning, we don’t believe sufficiently in what we read to act on the truths). Of course, God does not simply give us anything and everything we ask for. We understand that God answers our prayers in His own time and His own way.

Still, if we aren’t aware that life operates in part on “secret menus” and that the positive changes needed in our lives and in the world often require us being creative and thinking outside of traditional norms, we are likely to miss out on discovering untapped potential, growth, opportunities, success, learning, and joy.

But if we don’t take time to question or explore, we can miss out. I’ll share an example from my life as a college student.

When I was an undergraduate I became enthralled with the study of the Middle East (I still am!). I started studying Arabic but realized, because of my foreign mission to Chile where I learned Spanish, that the best way to master a language is to live for a long period of time in a country where that language is an essential component of everyday life.

The university provided study abroad opportunities in Arabic speaking countries, but they happened in time frames that conflicted with my progress toward graduation.

I really wanted to do an Arabic study abroad, so I set up my own “secret menu” to create my own study abroad. At first, it was a real struggle to try to create an innovation within the structure of the existing system, to invent my own “secret menu.” Eventually, I was accepted into a language institute in Cairo, Egypt where I could study Arabic. I found somewhere to live for the months that I would be in Cairo, and I bought plane tickets.

My persistence and commitment to creating and ordering from a secret menu paid off, helping me endure initial lack of enthusiasm from several faculty members who would have preferred that I attend one of the planned study abroad programs. They later told me that they had wanted to see, with evidence, how serious I was about pursuing an Arabic study abroad on my own.

The work of enacting the secret menu was not complete. Dreaming up new possibilities is one thing; acting on plans is quite another. After the school year ended, I headed home to Minnesota, spent two months working two jobs (12-14 hours days) so I had enough money to pay for my entire trip to Egypt.

I also worked hard while I was in Egypt, often studying over eight hours each day beyond the time I was in classes. I experienced some loneliness since I was on my own self-created study abroad. Still, I persisted and in the course of several months I had progressed sufficiently enough in the Arabic language that upon return to BYU, I was able to pass off two full years of language study in one test. Those 16 credits of “A” pushed my GPA to a level that opened doors to full-ride scholarships and other unexpected additional options when I applied to PhD programs.

Had I not learned that life is full of secret menus, I may have opted to fulfill other’s expectations of me, to follow the prescriptions that life had laid out on the visible menu of life. Instead, I used my agency to imagine a different future using a secret menu that laid the foundation for many opportunities I have had since.

The scriptures are full of examples of people doing the unexpected to accomplish their dreams. In the Book of Mormon war chapters alone, we have several examples of the Nephite military success because they did the unexpected: Nephites got a Lamanite army drunk and then escaped (Alma 55); Helaman used a decoy army to defeat a more powerful Lamanite army (Alma 56); Moroni prepared fortifications, defenses and armor that the Lamanites did not expect, leading to Nephite victories (Alma 49).

Sometimes in the church culture we believe (or we are told) that we have to be conformists with the way we live our lives, with the choices that we make, that there are no secret menus to discover or create.

We definitely need to conform to the gospel path laid out in scripture to have faith, repent, be baptized, receive the gift of the Holy Ghost and endure to the end. Yet our agency is still intact. Want to be an aviator? Go for it. A mountaineer? Yes. A healer of bodies or minds? Receive and apply the appropriate training. Do you love music that is a bit different? God has heard the same music, and who knows, He may even love it as much as you do!

What about how you perform your calling? For decades, many home and visiting teachers have felt that the only true measure of completing their calling was to be in the home for a specific amount of time delivering a specific message. Elder Holland recently divulged several “secret menus” around the act of home teaching, declaring that though the regular, ideal “menu” is a home visit with a message, home and visiting teachers should take advantage of every opportunity to show love and kindness to those they teach—all of it counts!

The same holds true for your calling, for FHE, for scripture study, for raising kids, and for being an emissary for Christ. Perhaps your scripture study is not simply a cursory 30 minutes of reading but truly a study time where you pursue questions and answers. Perhaps FHE is a service project to the lonely. Perhaps a simple smile to those in your life will lift their souls to have faith in Christ.

When you have the spirit guide you, you’ll discover that there may be unexpected ways for you to fulfill your God-given potential.

What are the secret menus in your life? 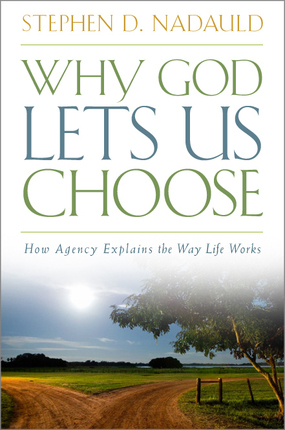 For additional insights on this topic, check out Why God Lets Us Choose: How Agency Explains the Way Life Works by Stephen D. Nadauld, Finding Peace, Happiness, and Joy by Richard G. Scott, or The Big Picture: 20 Family-Friendly Lessons on God's Plan for You by Anthony Sweat and John Hilton III.