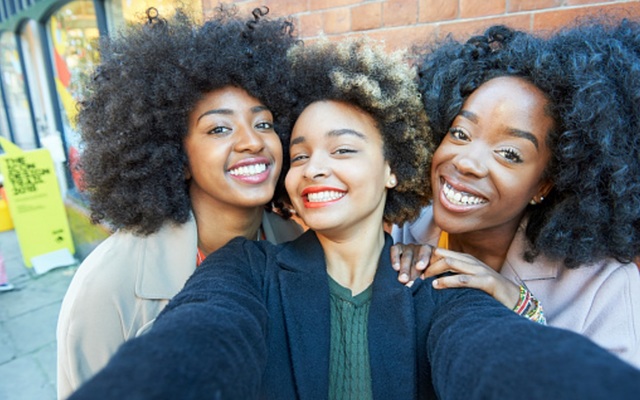 Yeah she's gorgeous, but I still can't see why he'd be interested in her.

I am ashamed to say I’ve used a variation of this phrase in the past, and I've even sat by when I’ve heard it used by other people. This insult, veiled as a compliment, usually ends with something to suggest that there’s not much to a woman beyond surface-level. In effect, we're saying, "Yes she's beautiful, but there's not much else there."

This is absolutely and completely false. She is a daughter of God, and I imagine He wouldn’t be too happy that someone just insulted His child.

Women sometimes complain about the way men objectify them, but we often fail to realize the many ways we objectify ourselves. This phrase and the way we talk about one another is a prime example. Or the way we so often compare our bodies to another’s, the way we obsess over famous actresses, or the way we hyper-focus on another woman’s appearance, even in compliments. That’s not to say we shouldn’t ever compliment a woman on her appearance. But are we so focused on how everyone looks that that’s all we ever comment on or even notice?

► You'll also like: 3 Compliments that Hurt Women More Than Help Them

As Elder Holland notes, “The danger of unhealthy comparison is that it can lead to depression, spiritual digression, lack of self-confidence, ingratitude, and delighting in the misfortunes of others. The challenge for a disciple of Christ is to move from competitiveness to cooperation, from love of self to love of others, from comparison to connection.”

Sexuality is a bad thing.

Sometimes in our haste to discourage young members from having sex before marriage, we forget the part where we explain that sex is an amazing and beautiful thing that is so sacred we should wait for the right person and the right time. Sometimes we focus on the negative so much we begin training young members to feel guilty about or disgusted by their own bodies.

But sex is not scary, hateful, or disgusting.

► You'll also like: How Living the Gospel Enhances My Sexuality and Spirituality

And sexuality and spirituality are not opposing forces. Sexuality is not something that needs to be stamped out of us or hidden in embarrassment. It is an exquisite, sacred thing—something that enhances our spirituality if we treat it with the proper respect and reverence.

In fact, sex and sexuality expressed in the right way help us learn our divine identities as spiritual sons and daughters of Heavenly Parents and help us experience an uninhibited love where we can give our whole selves to another. We should never feel self-conscious about this divine power when we are striving to use it in the right way and at the right time, because, as Elder Holland shares:

“Sexual intimacy is not only a symbolic union between a man and a woman—the uniting of their very souls—but it is also symbolic of a union between mortals and deity, between otherwise ordinary and fallible humans uniting for a rare and special moment with God himself and all the powers by which he gives life in this wide universe of ours. . . .

“And I submit to you that you will never be more like God at any other time in this life than when you are expressing that particular power. Of all the titles he has chosen for himself, Father is the one he declares, and Creation is his watchword—especially human creation, creation in his image. . . . Human life—that is the greatest of God's powers, the most mysterious and magnificent chemistry of it all—and you and I have been given it, but under the most serious and sacred of restrictions. You and I who can make neither mountain nor moonlight, not one raindrop nor a single rose—yet we have this greater gift in an absolutely unlimited way. And the only control placed on us is self-control—self-control born of respect for the divine sacramental power it is.”