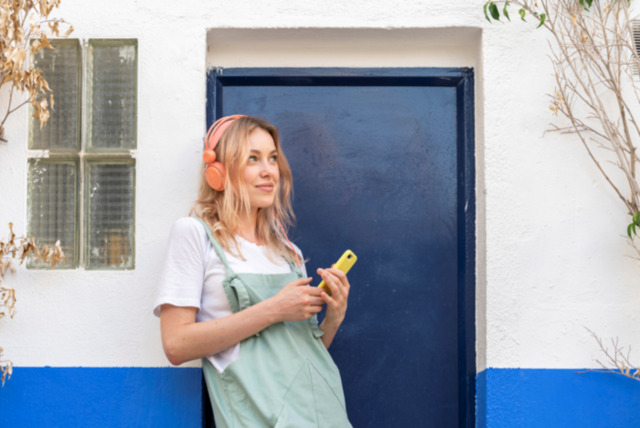 How a gospel podcast changed my perspective on dating during 2020

When I tuned in to an episode of the Sunday on Monday podcast, the last thing I was expecting to hear was dating advice.

As a matter of fact, the last thing I was looking for from anyone was dating advice. After dating consistently but unsuccessfully during college, marriage was feeling less like an achievable goal and more like an elusive legend told to enchant the young women around the fire at girl’s camp. And when a brief relationship post-college dissolved, the only thing “in the air” seemed to be coronavirus.

Any awkward effort I’d made to put myself out there (including dating apps when the virus made meeting new people in person almost impossible) had gotten me nowhere. I was frustrated with myself and, honestly, a bit frustrated with God. Because after each awkward date, these words from President Russell M. Nelson went through my mind, “The Lord loves effort, because effort brings rewards that can’t come without it.”

As far as I could tell, my effort was there—but the reward most definitely was not.

But my whole perspective changed while I was listening to this Come, Follow Me-based podcast, Sunday on Monday. The host, Tammy Uzelac Hall, shared a story from her life that opened my eyes to see how I’d been approaching dating all wrong. And she helped me see that the Lord had been rewarding me. I just hadn’t realized it.

Tammy was describing an interview she had with her bishop before she left on her mission.

My bishop gave me the greatest and probably the most humbling advice ever. He looked me square in the eyes and he said, “Don't you dare go out there having made any deals with the Lord. There can be no hidden agendas or expecting anything in return. You should only be going out there because you love the Lord and want to serve His people.” I was extremely humbled because. . . that's exactly what I was doing. I did have a deal with the Lord. I thought, “If I go on a mission, He's going to help me get married the second I come home.” And I'll be honest you guys, I would have left the MTC if a homeless man had proposed to me on the street while I was walking to the temple. Not even kidding.

I don’t think I’m to the same point of desperation that Tammy humorously hyperbolizes, but what she was teaching really resonated with me: You can’t make deals with God in which you set the conditions.

Yes, we can and need to make covenants with God to move along the gospel path, but with covenants, God sets the terms and we agree to them. Not the other way around. I think I was working under the assumption that once I reached some awkward-first-date quota, God would work His magic and lead me to Prince Charming. That was the deal I had tried to set up with God, but not one that He had agreed to.

► You may also like: Sunday on Monday? Introducing LDS Living's newest podcast

This practice of deal-making doesn’t apply to just dating. Have you ever promised God you’d keep a commandment as long as He comes through for you in some other way? Maybe you’ve said something like, “I’ll pay a full tithe as long as you help me get through school without debt” or “If I keep the Sabbath day holy, my family member will stop their destructive behavior.”

Those types of deals are likely to leave us frustrated when the results don’t materialize like we expected them to. But that doesn’t mean that God doesn’t bless our righteous efforts. I’ve come to firmly believe that He does. We just need to realize that those blessings may come in different ways and at different times than we thought. A guest on the podcast episode, Sharon Staples, explains,

“Anything outside of covenants is a human dealmaker and it just doesn't work. So, if you want to make a deal with God, you say, ‘What covenant do I need to keep Heavenly Father?’ And then have the faith that He will bless you with your righteous desires in His timeframe.”

In my case, the Lord had blessed me—in many ways. Even though my efforts haven’t yet led to marriage, I’ve realized that dating has taught me things I may not have learned otherwise: I am now a better conversationalist, I feel more confident in who I am as an individual, and I’ve noticed that putting myself out there in the dating world has helped me be more bold in my professional life.

And in the end, I’m glad that God, not me, is the dealmaker here. I believe He has greater blessings in store than we could ever dream up for ourselves. Life will undoubtedly require patience, and in my case, probably more awkward first dates, but as we cling to our covenants, I know that God will always hold up on His end of the deal.

► You may also like: How the COVID-19 pandemic affected temple sealings for 4 Latter-day Saint couples