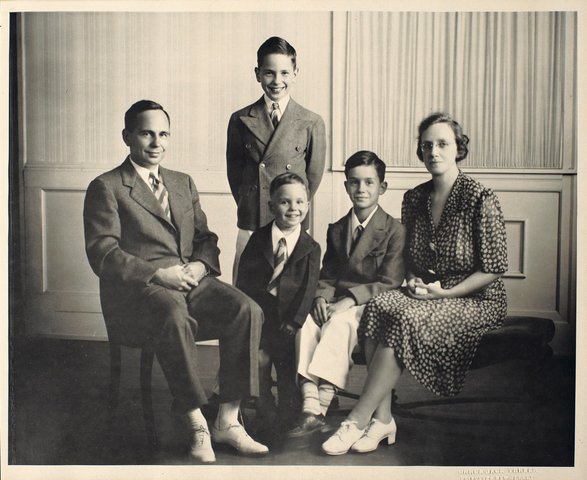 It's been said that the most dangerous thing is to have no dream at all. But how does one come up with the right kind of dream? It’s a good question, one that I had when I was preparing for college. My dad helped me answer it. He taught me that your guess about a dream career should take into account what you think about when you’re not required to think about anything.

My dad, President Henry B. Eyring, learned this lesson from his father, my Grandpa Eyring. Grandpa encouraged each of his three sons to major in physics. Actually, it was pretty strong encouragement—he told them that majoring in physics was the price of room and board at his home, where they all three lived while attending the nearby University of Utah. Though Grandpa was a chemist, he felt that physics, even more than chemistry, was the best preparation for a career because it explains the fundamental, unchanging principles of our physical world.

► You'll also like: 12 Gifts Your College Graduate Will Use and Love

President Eyring dutifully majored in physics, but not with much enthusiasm. He found the math particularly challenging. When struggling with knotty math problems, he frequently sought his father's help with homework, as anyone living under the same roof as a math genius would. President Eyring, who goes by Hal, often told the story of how one day his father confronted him on his lack of personal effort. They were standing together at a blackboard in their basement (that was my grandpa’s idea of a game room). Suddenly he stopped. “Hal,” he said, “we were working this same kind of problem a week ago. You don’t seem to understand it any better now than you did then. Haven’t you been working on it?”

President Eyring admitted that he hadn’t been studying the problem, and he got this response from his dad: “You don’t understand. When you walk down the street, when you’re in the shower, when you don’t have to be thinking about anything else, isn’t this what you think about?”

Again the answer was, “No.”

It was a painful moment for my grandpa, who hoped that all of his sons would become scientists. Finally he said, “Hal, I think you’d better get out of physics. You ought to find something that you love so much that when you don’t have to think about anything, that’s what you think about.”

My grandpa understood that making high-stake judgments requires more than just analysis skills and people skills and moral sense. It also requires focused attention. The people who make high stakes judgments well think about them not just at work but also when they don’t have to, such as when they’re in the shower. They even think about them subconsciously, waking from sleep with new insights.

The good news for President Eyring was that, knowing he wasn’t cut out to be a physicist, he started looking hard for something he could put his whole heart and head into. In time, he discovered that he loved teaching. He especially liked teaching about the way organizations work—the way leaders lead, for example. That was something he enjoyed pondering in the shower. Having found the thing he enjoyed thinking about even when he didn’t have to, he became very successful in it. And it turned out that his physics background, especially the study of math at the blackboard with his father, prepared him for success as a university professor of business.

► You'll also like: 13 Jobs You'll Be Surprised Were Held By General Authorities

As you try to translate the thing you think about in the shower into a career dream, aim higher rather than lower. Don’t let fear or laziness keep you from dreaming of jobs that may seem beyond your abilities. You don’t know yet what you’re capable of; you’re likely to surprise yourself.

Your dream can change—but not if you don’t have one to begin with. 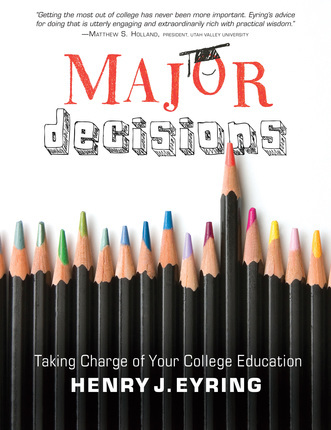 Henry J. Eyring graduated from Brigham Young University, earning a bachelor's degree in geology and graduate degrees in business administration and law. He is the president of BYU-Idaho and has also served as director of the BYU MBA program.